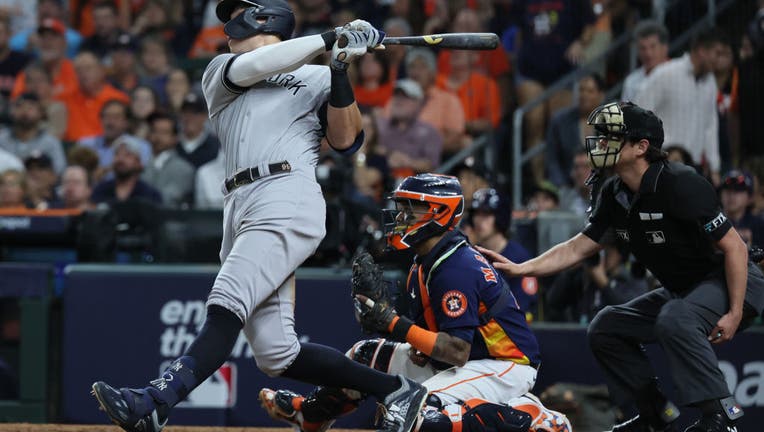 HOUSTON - Sports teams always explain reasons for a loss game and for the Yankees lost in ALCS Game 2, the stadium roof was the guilty party.

Houston Astros took another win in the American League Championship Series Game 2 with a 3-2 score against the New York Yankees. Yankees manager Aaron Boone said during an interview after the game, "I think the roof open kind of killed us."

The Minute Maid Park roof was closed for Game 1 and the Astros earned a 4-2 win on Wednesday night. Ahead of Game 2, Houston opted to open the stadium roof for the matchup.

FOX 26 reporter Shelby Rose got a tattoo that fades after a year live on-air Friday.

Boone says he believes Aaron Judge's flyout ball in the 8th inning would've been a two-run homerun giving the Yankees a 4-3 lead against the Astros and possibly winning them the game.

However, Judge thought the opposite. When asked if he thought his ball would've been a home run, he stated in a video, "Not with the way the wind was playing, it was blowing pretty hard out to left field. So I kinda hit it to the wrong part of the park."

Despite Boone's comments on the open roof in Houston, Yankees Stadium in New York will have its roof open in Game 3 of the best-of-seven ALCS.

The Astros will play Game 3 against the Yankees on Saturday at 4:07 p.m. CT.