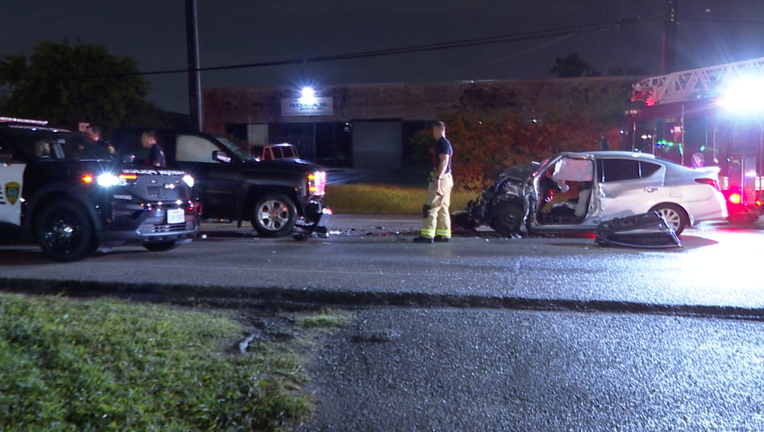 HOUSTON - One person is dead and another seriously injured after a head-on crash in southeast Houston, and police say alcohol was a factor.

According to HPD, the crash happened in the 800 block of Winkler around 11:35 p.m. on Tuesday.

HPD and HFD responded to the scene and found a sedan and pickup truck. Joshua Yante, 31, the driver of the sedan, and an unidentified passenger, only described as a woman, 30, were trapped inside the crushed vehicle.

They were both cut from the vehicle and transported to Memorial Hermann, where the passenger eventually died from her injuries.

Too many repeat DWI offenders being released right back onto the street, Harris County officials say

Harris County officials say too many DWI offenders are being let out of jail and end up driving drunk again. Authorities say it's unsafe and sends the wrong message.

The pickup truck was carrying a couple and their infant daughter, who were taken to a nearby hospital for evaluation. Officials say the passenger inside the truck suffered minor injuries but gave no word on the other occupants.

During the investigation, police determined the sedan was switching lanes repeatedly and crossed over into oncoming traffic, before hitting the pickup truck.

Alcohol bottles and cans were located inside the sedan. An investigation showed Yante was intoxicated, so was charged with intoxication manslaughter for the crash.

Driver, passenger trapped inside SUV after crashing into 18-wheeler in Baytown

Authorities say two women were rushed to a hospital, one via helicopter after crashing into a big rig making a U-turn in Baytown.