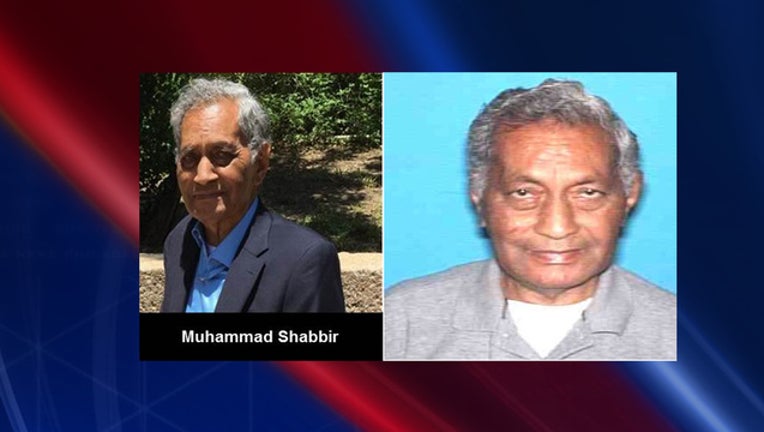 RICHMOND, Texas (FOX 26) - A 79-year-old man who was the subject of a Silver Alert has been located by a helicopter and is being evaluated by emergency medical staff, the Fort Bend County Sheriff's Office has confirmed.

Muhammad Shabbir was last seen walking on Monday at 8 p.m. in the 1900 block of Gable Cove Coart in Richmond.

Shabbir's welfare was a concern while his was missing since he is diagnosed with Parkinson's disease and wears a medical identification bracelet.