Southbound lanes of the Southwest Freeway are shutdown in Rosenberg due to a pork spill.

ROSENBERG, Texas - Police say 70,000 pounds of pork spilled along the Southwest Freeway in Rosenberg after an 18-wheeler crash.

The southbound lanes of the U-59 Southwest Freeway are shutdown at Spur 529.

An 18-wheeler overturned, and the load spilled into a ditch along the freeway. 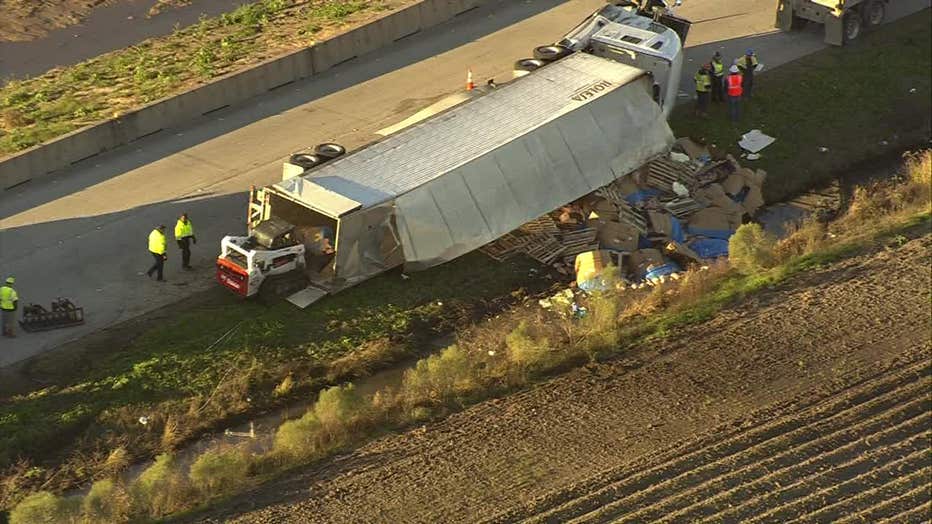 Crews are working to clean up the spill.