The city of Dallas honored the five police officers who were ambushed and killed during a protest five years ago.

DALLAS - The city of Dallas honored the five police officers who were ambushed and killed during a protest five years ago.

Wednesday morning’s memorial service began with a march from Griffin and Young streets to the Dallas Police Memorial located at Young and Akard streets.

All former and current police officers, family, friends and residents were invited to join the Dallas police command staff, honor guard and the salute team in the somber walk. 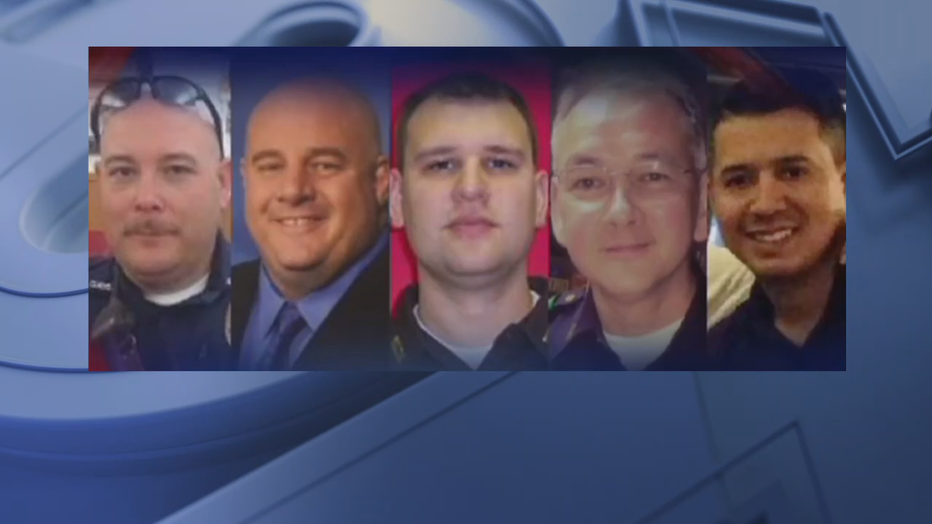 "I think it's symbolic for them. I think they appreciate it," said Dallas Police Major Mark Harris. "I'm always amazed every year when they do these. They'll call out the officers’ names."

Each year on Dallas Police Memorial Day, the names of all Dallas officers who have died in the line of duty are read aloud. This year, five white candles were positioned on a table to represent each of the five fallen officers who died on the July 7 ambush.

The officers were providing security for a Black Lives Matter march that night when a lone gunman, who was not part of the march, started firing. The gunman was killed by a robot explosive device hours later.

Dallas Police Chief Eddie Garcia, who was chief in San Jose, California, at the time of the attack, spoke to the crowd about that night. 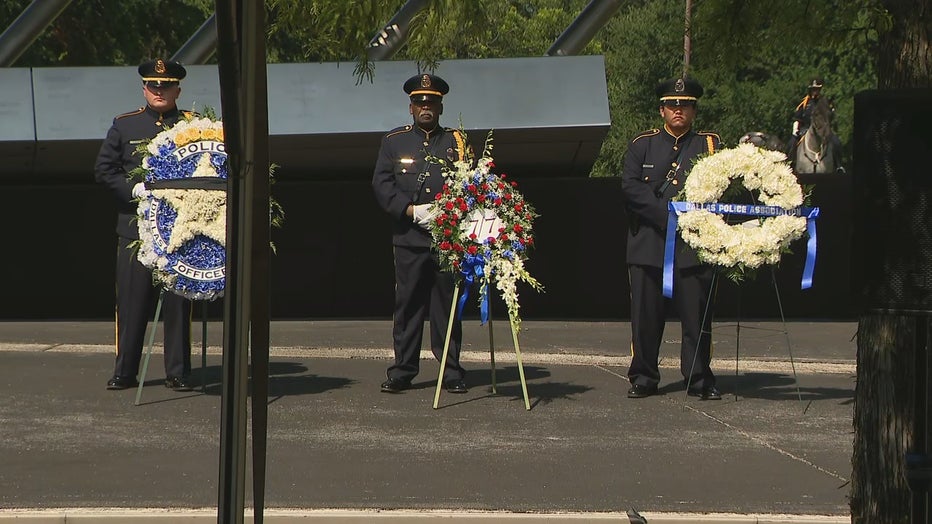 "I remember where I stood, not sat but stood, in my living room as the horrific events unfolded. And I wept. I can assure you, Dallas, you were not alone that day and not alone today," he said. "So today we will remember Michael Krol, Patrick Zamarripa, Michael Smith. We remember Lorne Ahrens who we lost the following morning, and we remember our brother officer from DART Brent Thompson."

Dallas resident Rose Murphy brought five white roses representing each of the five officers who were murdered that night.

Many Dallas police recruits were also in attendance.

Bethany Miller is the wife of one of the recruits. She can't help but worry about her husband's safety.

"It's definitely something we talk about a lot," she said. "But I know he's going to be really safe out there and he's getting a lot of good training from the academy that will help him."

Wednesday night at 7:07 p.m. there will be a 77-balloon release followed by a candlelight vigil. The public is invited to attend.

The city of Dallas paused to remember and honor the five fallen police officers on the fifth anniversary of the police ambush in Downtown Dallas.