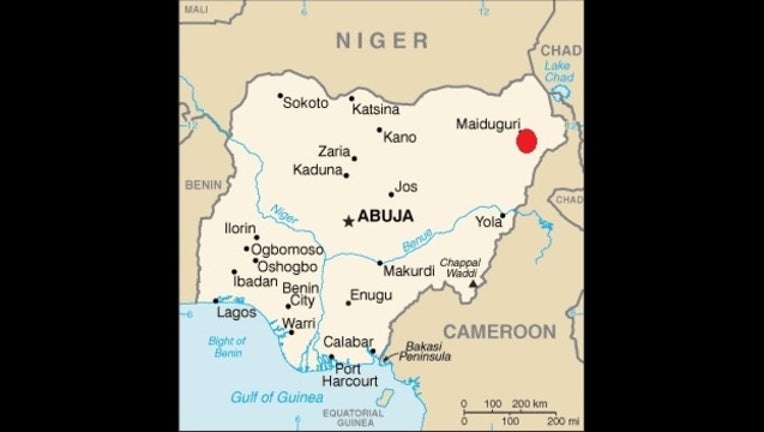 MAIDUGURI, Nigeria (AP) — Four women suicide bombers blew themselves up early Friday when challenged by soldiers as they tried to enter Maiduguri, Nigeria, killing at least 18 people and themselves, civilian defense fighters, the National Emergency Management Agency and witnesses said.

The explosions happened at dawn Friday, just hours after two bombs exploded near a mosque in Maiduguri, killing at least 30 people.

The agency's northeast Nigeria coordinator, Muhammed Kanar, said 20 people were wounded in that earlier attack, some critically. Boko Haram Islamic extremists are suspected of being behind the attack.

The series of suicide bomb attacks comes even as President Muhammadu Buhari says that he expects the "final routing of Boko Haram as an organized fighting force" by year's end.

"The next few days will be crucial," he said in a message to troops. "Our ability to stand and defeat the Boko Haram terrorists in the next few weeks will determine the future of our country ... (whose) sovereignty as a nation is threatened."

Boko Haram wants to enforce an Islamic state with its extreme interpretation of Islamic law across Nigeria - Africa's biggest oil producer with a population of about 170 million split almost equally between Christians and Muslims.