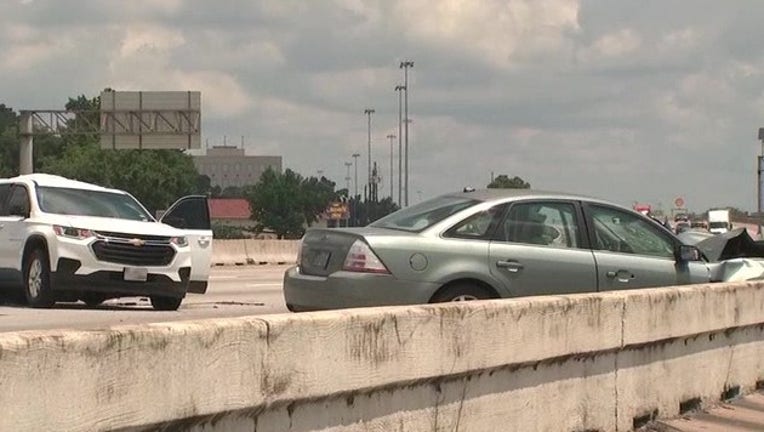 HOUSTON - A second child has died following a crash on the Eastex Freeway that occurred as a driver tried to avoid a pallet that fell onto the roadway, Houston police say.

Authorities say the 4-month-old girl passed away on June 4, and another child, a 3-year-old girl, died at the hospital shortly after the crash.

PREVIOUS: Child dies, another injured in crash after pallet falls onto Eastex Freeway

The crash occurred in the 8000 block of the Eastex Freeway near Laura Koppe Road around 9:20 a.m. June 2.

Police say a 23-year-old woman driving a Chevrolet Traverse was traveling northbound on the freeway and stopped to avoid a pallet of metal debris blocking a moving lane of traffic.  The debris was part of a lost load from a previous crash about 10 minutes earlier, authorities say.

According to police, the driver of the Chevrolet attempted to drive around the debris, but it was struck by a Ford Tauras. The impact caused both vehicles to spin.

A 78-year-old man driving the Ford was taken to an area hospital with a broken leg and cuts and bruises.

Police say neither driver was found to be intoxicated.

At this time, officers have not located the tractor-trailer truck or the driver involved in the lost load incident.

No charges have been filed at this time. The investigation is continuing.