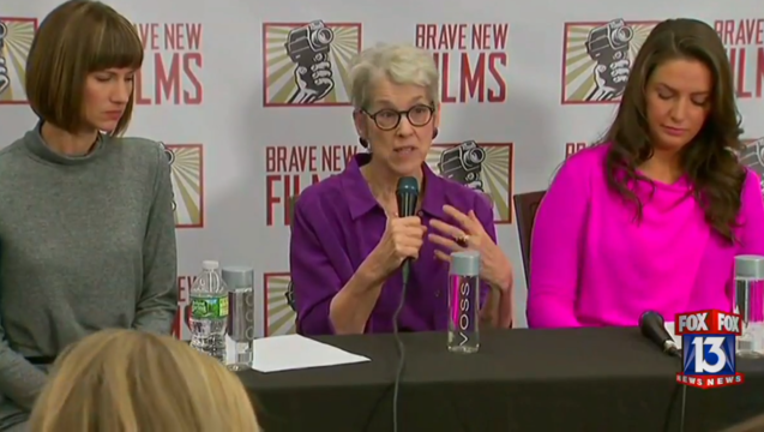 The White House called the claims false and "totally disputed in most cases." It said "the timing and absurdity of these false claims speak volumes."

One of the accusers, Rachel Crooks, called the White House statement "laughable."

Crooks says of sexual misconduct: "I think politicians seem to be immune to this."

The women, who first shared their stories before the November 2016 election, were on Megyn Kelly Today and also held a press conference Monday to call for a congressional investigation into Trump's alleged behavior.