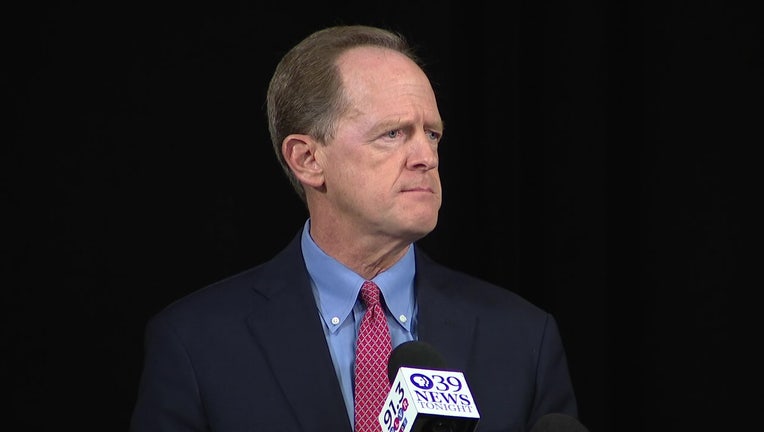 WASHINGTON - A second Republican senator has called for President Donald Trump to step down in the wake of the Capitol rioting this past week.

This time it's Sen. Pat Toomey of Pennsylvania. He's calling on Trump to resign for what Toomey says would be the good of the country after the Capitol riot that was carried out by supporters of the president.

Toomey says resignation is the "best path forward, the best way to get this person in the rear view mirror for us." But Toomey says he's not optimistic that Trump will step down before his term ends on Jan. 20.

Toomey also says that Trump's role in encouraging the riot is an "impeachable offense."

Toomey is the second GOP senator to call for Trump to step down, joining Sen. Lisa Murkowski of Alaska.

Trump supporters who were angry over his loss to Democratic President-elect Joe Biden stormed the Capitol on Wednesday. Five people were killed.

Toomey was interviewed Sunday on CNN's "State of the Union" and NBC's "Meet the Press."

Toomey is on his way out of the U.S. Senate after announcing he is retiring from politics in 2022.

FOX 5 DC contributed to this report.