HOUSTON - Who's ready for the Houston Livestock Show and Rodeo?

After shutting down early in 2020 and canceling in 2021 due to the COVID-19 pandemic, the major event is coming back in a matter of months for its 90th anniversary.

MORE ON THE HOUSTON LIVESTOCK SHOW AND RODEO 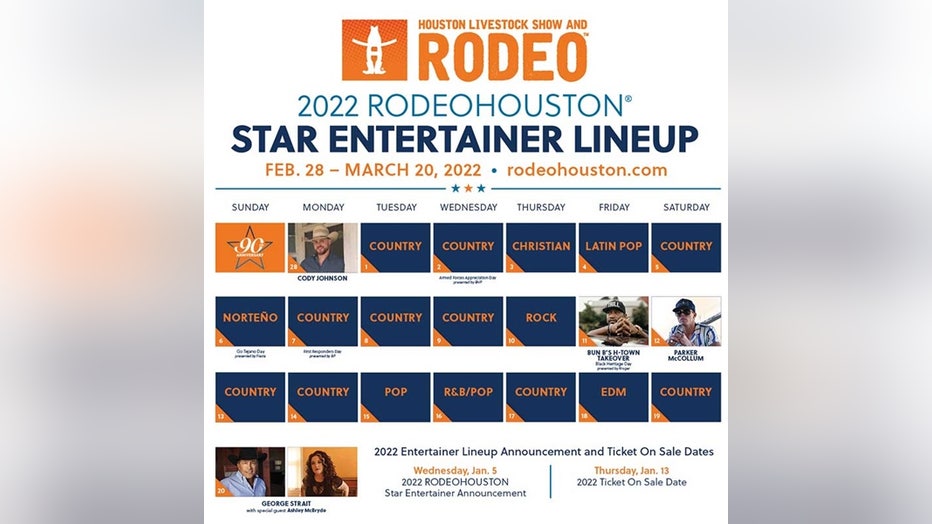 "The 2022 RODEOHOUSTON lineup has something for everyone, and that’s important to us, as we are always hoping to draw newcomers to our event, and hopefully, create new lifelong Rodeo fans," Chris Boleman, Rodeo president and CEO, said in a press release.

In early January, the Rodeo will announce the full entertainer lineup!

Individual RODEOHOUSTON tickets will go on sale to the public Thursday, Jan. 13 at rodeohouston.com. Ticket prices start at $20, plus a $4 convenience fee.