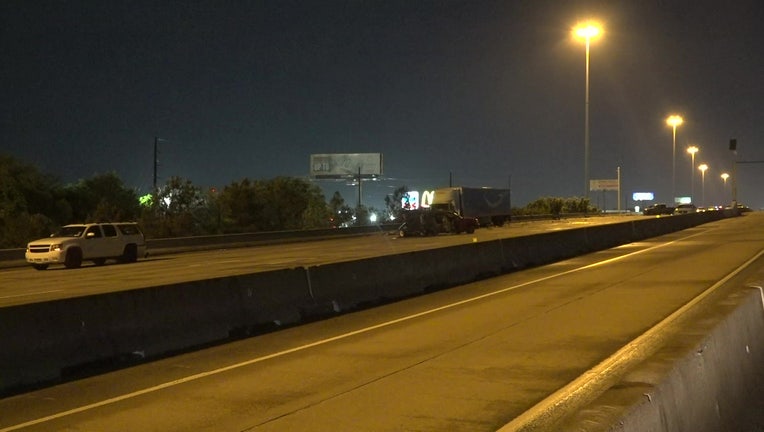 The crash occurred around 1:30 a.m. in the southbound mainlines of the I-45 North Freeway at Rankin Road. The southbound lanes are shut down.

According to investigators, an SUV, a car and a pickup truck were involved in a crash in the mainlines of the North Freeway, and at some point, two women got out of their vehicles.

The Harris County Sheriff’s Office says the driver of an 18-wheeler stated that he saw all of the vehicles stopped and tried to swerve to avoid crashing, but the 18-wheeler struck the vehicles and the two women.

The women died at the scene. Investigators believe one woman was a passenger in the SUV and the other woman was the driver of the car.

Two children, ages 1 and 3, who were in one of the vehicles, were taken to the hospital with minor injuries.

Deputies say a man, who had also stopped to help after the first three vehicles crashed, saw the 18-wheeler coming and jumped over the freeway wall onto the feeder road about eight to 10 feet below to avoid being hit. He is said to be OK.

The roadway is shut down while the Harris County Sheriff’s Office investigates. Expect delays.