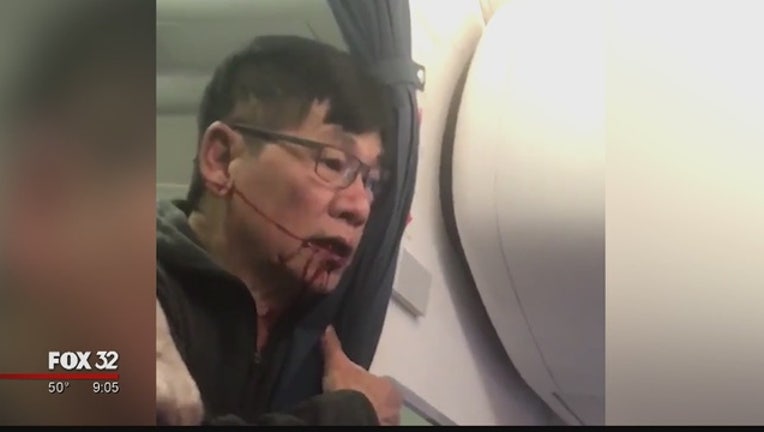 CHICAGO (AP) -- Two more airport police officers involved in dragging a passenger off a United Express flight at Chicago's O'Hare Airport have been placed on leave.

The announcement Wednesday from the city's Aviation Department comes two days after another officer involved in the Sunday night confrontation was put on leave.

The department said it is continuing its investigation.

Dr. David Dao was forcibly removed from a full flight after refusing to relinquish his seat. On Thursday, the city's aviation commissioner is expected to address a city council committee about the incident.

Video of the incident has been shown around the world. The head of United's parent company has scrambled to contain the damage to the carrier's reputation.

Attorneys for Daos are set to talk about the incident on Thursday.

In a news release, the attorneys say they plan to talk to the media and that they will be accompanied by a relative of Dr. David Dao.

No lawsuit has been filed, but the legal team has already taken a move in that direction by filing court papers asking the airline and the city preserve evidence in the case.