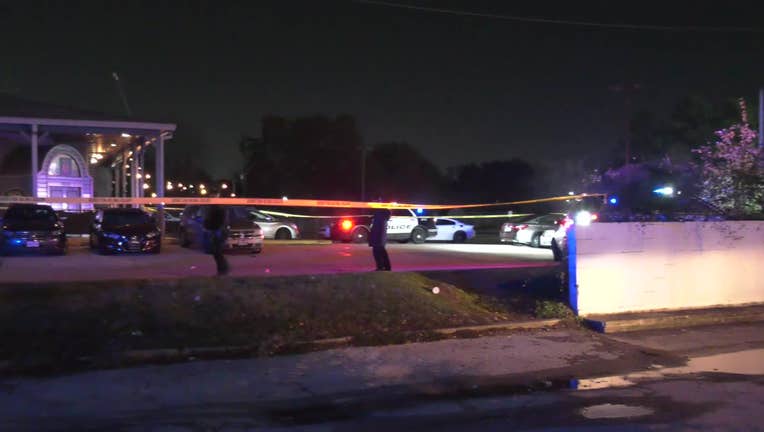 Police investigate a shooting that wounded two men in the parking lot of a business in north Houston.

The shooting occurred in the 12500 block of North Freeway around 2 a.m.