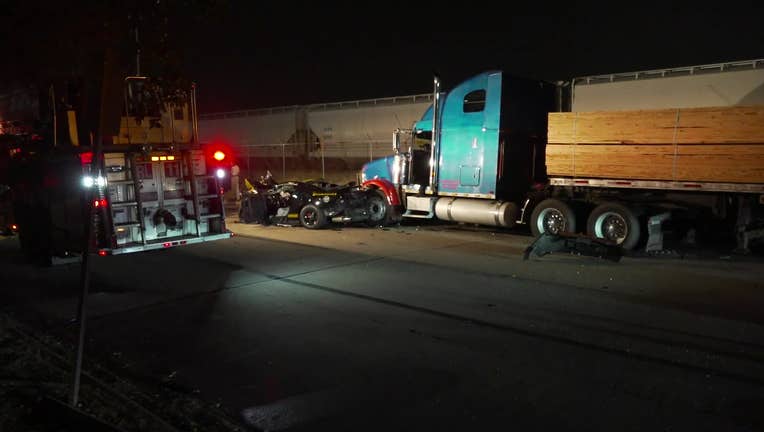 HOUSTON -
Police say two men were taken to the hospital after crashing into two 18-wheelers in northwest Houston.

The crash occurred in the 7600 block of Railhead Lane around 3 a.m. Friday.

HPD and HFD responded to the scene and found two men in a Ford Mustang.

Authorities said the driver and the passenger both had to be extricated from the car. They were taken to the hospital in unknown condition.

According to police, vehicles were drag racing before the crash.

Authorities say the two 18-wheelers were parked and are now disabled after the crash.