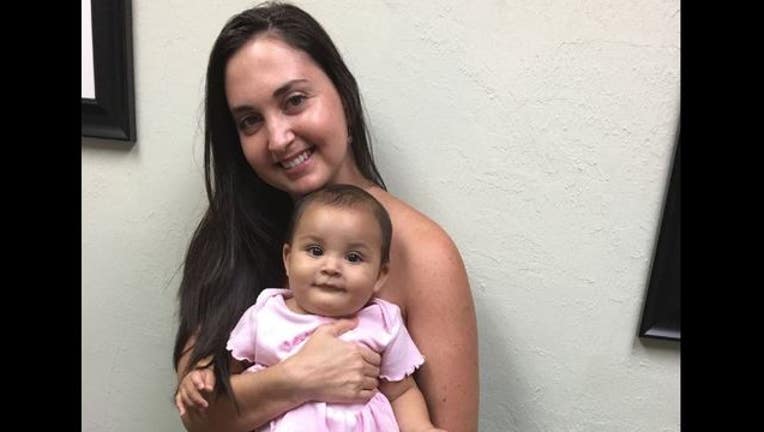 FORT MYERS, Fla. (KTVU) - Two breastfeeding moms were allegedly kicked out of a screening of 'Bad Moms' in Fort Myers.

Julianna Valverde and Brooklynn Cahill were part of a Facebook moms group, which had decided to see the rated 'R' movie together.

The group consisted of about 50 women, and many had pre-ordered tickets.

Valverde and Cahill decided to bring their babies to the movie since both women breastfeed.

Although KTVU has not been able to reach Regal Cinemas for comment, admittance procedures for rated 'R' movies on the website state that children under the age of six are not allowed to attend rated R features. The website adds that admission policies may vary by state or local ordinance.

"No one had communicated that children under six were not allowed in R-rated movies," one of the moms Amber Cebull told KARE 11. "We had breastfeeding moms with infants, one 4 weeks and one 7 months, and they refused them entry."

According to Wilbur Smith Attorneys at Law, the moms were in the theater waiting for the movie to start when a manager approached Cahill and informed her she could not have an infant in an R rated movie.

According to Attorney Sawyer C. Smith with Wilbur Smith Attorneys, there were many other children in the same movie.

When Valverde overheard the exchange between the manager and Cahill in an "act of solidarity," she decided to leave the movie.

While she was in the lobby of the theater her daughter became fussy and needed to nurse. While breastfeeding her daughter, Valverde was told by the manager she needed to cover up or leave the theater, according to Smith.

“I was shocked by what happened.  Regal Cinemas has zero respect for what is takes to be a mother and apparently its employees view mom’s as second class citizens,” said Valverde.

Valverde became upset. Word spread and approximately 30 other mom’s walked out in support, according to Smith.

Valverde has retained legal counsel regarding this incident with Wilbur Smith Attorneys at Law.

Attorney Sawyer C. Smith said, “Regardless of how Regal Cinemas views women and mothers, the State of Florida recognizes the important act of breastfeeding and provides mothers with a statutory right to breastfeed in any location, public or private. Juliana intends to enforce that right for herself and for women everywhere.”

Additional details on this incident have not yet been released.

KTVU has reached out to Regal Cinemas for a statement and has not yet heard back.