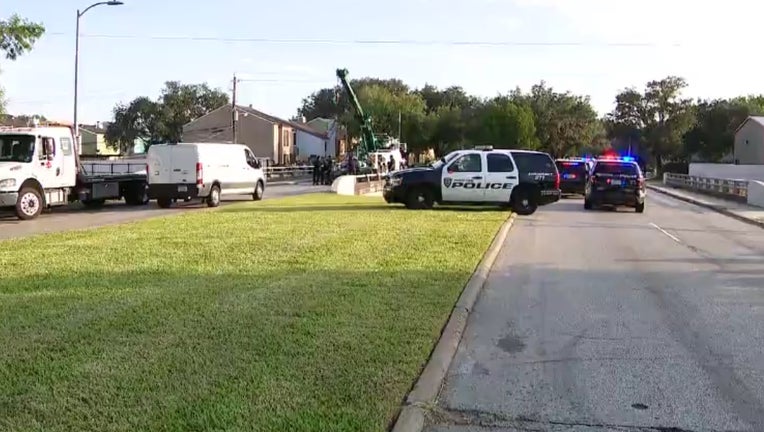 HOUSTON - The Houston Police Department is investigating after a car was found submerged in a ditch on Monday afternoon.

The vehicle was found on the 8300 block of Wilcrest, near Beechnut Street.

According  to Lt. Michael Hircoch with HPD, they received information from a caller that they heard a loud bang early Monday morning  around 3 a.m.

When authorities arrived later in the afternoon, they found a sedan submerged in the water.

Hircoch said they are trying to retrieve video in the area to see if there is anything else involved, but authorities said it looks like the sedan was the only vehicle involved.

Hircoch added two adults, unknown if they are male or female, were inside the vehicle. The victim’s names were not available.

Authorities said they will be doing their investigation to get more witnesses and video to see how the car ended up in the ditch.