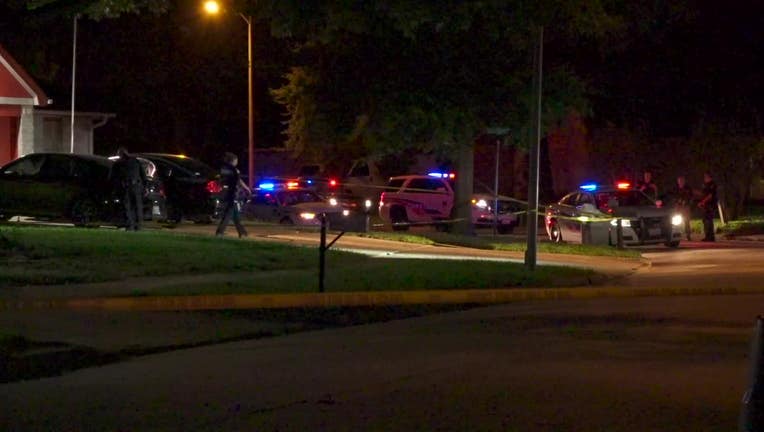 The Harris County Sheriff's Office and the Pct. 4 Constable's Office were on the scene of a deadly shooting on Sleepygate on Sunday night.

A 19-year-old man is dead and two other people are injured after someone opened fire on a vehicle outside of a home in north Harris County, authorities say.

Around 10 p.m. Sunday, deputies with the Harris County Pct. 4 Constable’s Office responded to a weapons disturbance in the 22500 block of Sleepygate Drive.

When they arrived, authorities found a 19-year-old man dead from apparent gunshot wounds.

According to investigators, the three shooting victims were sitting inside of the vehicle in the driveway when an unknown male fired several rounds into the vehicle. He was reportedly wearing a dark-colored hoodie and a mask. The three people got out of the car and ran in different directions.

Authorities say there is no known motive for the shooting. Anyone with information is asked to call Crime Stoppers at 713-222-TIPS or the Harris County Sheriff’s Office at 713-221-6000.