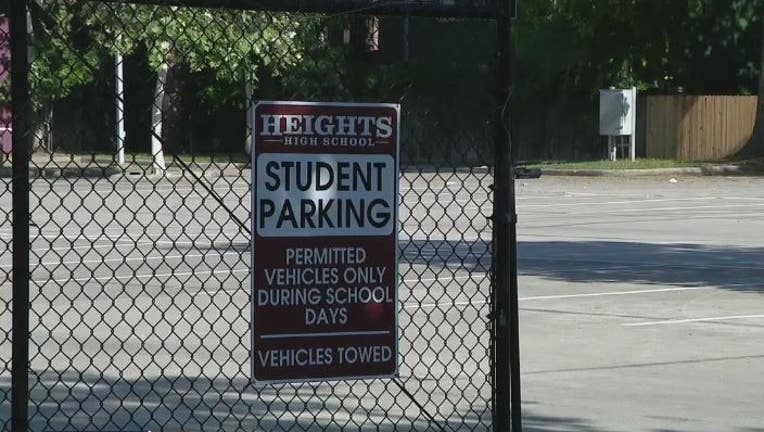 HOUSTON - The Houston Independent School District Police Department said an arrest has been made in connection with Thursday afternoon's shooting of a student at Heights High School.

A 17-year-old male, who is said to be one of five people involved, was arrested for his involvement in the shooting, according to a statement by HISD Police.

The student, who was shot in an outside parking lot, was taken to the hospital.

There is no word on the student's condition.

Houston ISD Police said they are actively investigating the case.

Editor's note: An earlier version of this story identified the shooter as 18 years old, as authorities had stated.