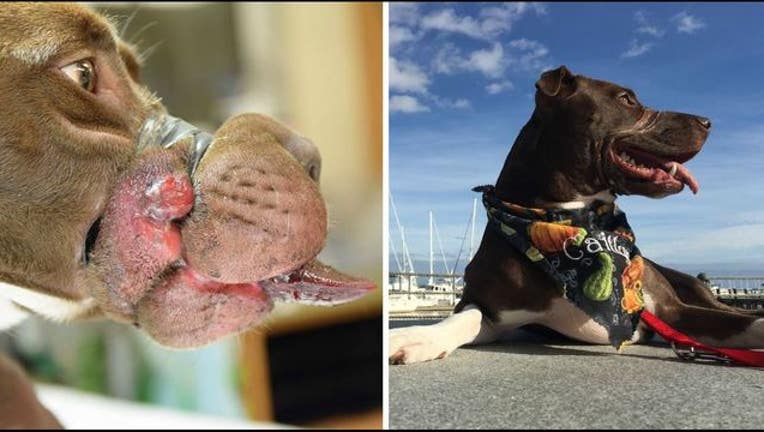 The pitbull, named Caitlyn, was found last May. According to the Charleston Animal Society, when animal rescuers made contact with her, she had already lost blood-flow to her tongue, which had swelled up.

Over the past year, Caitlyn has been in recovery. She lives with her foster family and goes on daily three mile runs, and plays with her dog friend named Oreo.

While her physical injuries have healed, she's still working on her emotional wounds. She has a fear of men, and doesn't like most dogs.

Caitlyn's abuser has been in jail since June 1, 2015. He's currently awaiting trial.

Caitlyn has brought a lot of attention to the need to help abused animals. Learn how to donate to Caitlyn's Fund here or purchase a firefighter calendar (which Caitlyn is featured) for charity here.