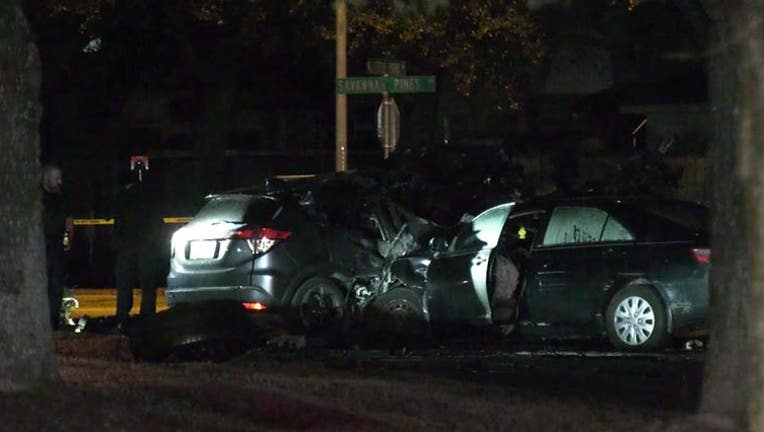 KATY, Texas - Authorities say a three-vehicle crash in west Harris County Saturday night resulted in the death of one driver and several others, including two young people hospitalized.

It happened around 10:15 p.m. when emergency crews were called out to the 19200 block of W Little York Rd. near Savannah Pines in Katy.

Preliminary information by deputies with the Harris County Sheriff's Office is the driver of a Range Rover was heading eastbound on W Little York when it started crossing over, for unexplained reasons, in the opposite lanes. The driver then crashed head-on into a Honda, causing their Range Rover to flip on its roof.

Around the same time, a Toyota Camry with three occupants heading westbound crashed into the side of the Honda. In turn, the crash also caused the Range Rover to catch on fire and spread to parts of the other vehicles. 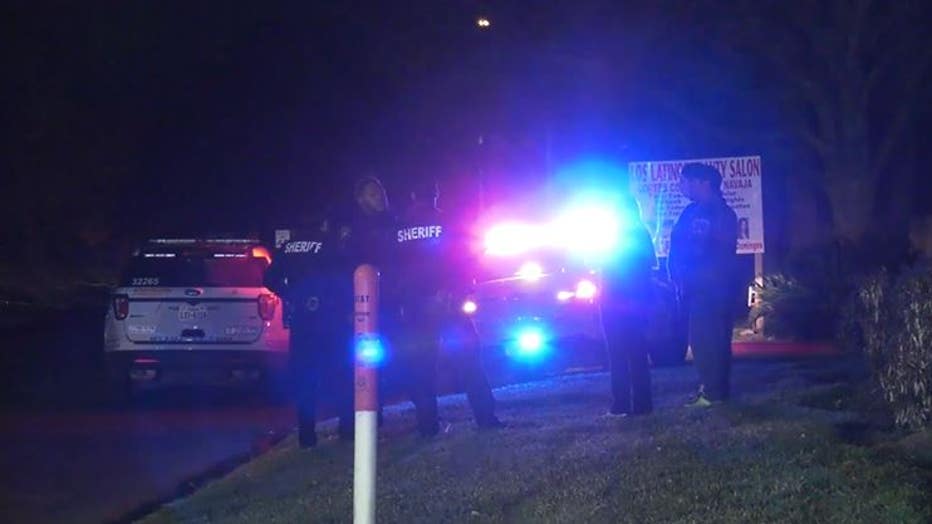 Because the driver of the Range Rover was not wearing their seatbelt, investigators said Iesha Ciara Vela, 23, was ejected from the vehicle and pronounced dead at the scene.

The driver of the Honda was rushed to the hospital in serious conditions but is said to have non-life-threatening injuries.

The Toyota Camry meanwhile, was being driven by a young woman, with another child and an adult passenger. All three were taken to the hospital as a precaution.

Currently, investigators say alcohol does not appear to be a factor, but speed certainly does as well as limited lighting in the area, however, an investigation remains underway.