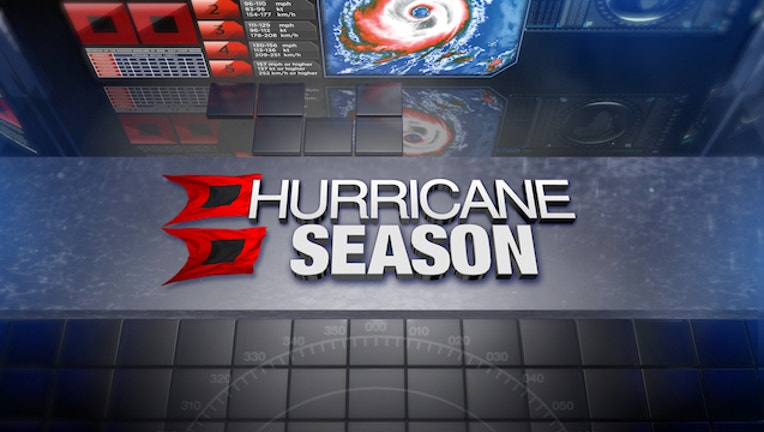 Houston (FOX 26) - · A HURRICANE WATCH issued for your part of the coast indicates the possibility that you could experience hurricane conditions within 48 hours. This watch should trigger your family's disaster plan, and protective measures should be initiated, especially those actions that require extra time such as securing a boat, leaving a barrier island, etc.

Know What to Do When a Hurricane WATCH Is Issued

expected within 36 hours or less. Once this warning has been issued, your family should be in the process of completing

protective actions and deciding the safest location to be during the storm.

Know What to Do When a Hurricane WARNING Is Issued

The ingredients for a hurricane include a pre-existing weather disturbance, warm tropical oceans, moisture, and relatively light winds aloft. If the right conditions persist long enough, they can combine to produce the violent winds, incredible waves, torrential rains, and floods we associate with this phenomenon.

Each year, an average of ten tropical storms develop over the Atlantic Ocean, Caribbean Sea, and Gulf of Mexico. Many of these remain over the ocean and never impact the U.S. coastline. On average six of these storms become hurricanes each year.

What is a Hurricane?

A hurricane is a type of tropical cyclone, which is a generic term for a low pressure system that generally forms in the tropics. The cyclone is accompanied by thunderstorms and, in the Northern Hemisphere, a counterclockwise circulation of winds near the earth's surface.

Hurricanes are categorized according to the strength of their winds using the Saffir-Simpson Hurricane Scale. A Category 1 storm has the lowest wind speeds, while a Category 5 hurricane has the strongest. These are relative terms, because lower category storms can sometimes inflict greater damage than higher category storms, depending on where they strike and the particular hazards they bring. In fact, tropical storms can also produce significant damage and loss of life, mainly due to flooding.

Storm Surge – Storm surge is an abnormal rise of water generated by a storm, over and above the predicted astronomical tides. This rise in water level can cause extreme flooding in coastal areas resulting in storm tides reaching up to 20 feet or more in some cases. Along the Texas coast, these flood waters can penetrate far inland depending on the elevation of the land. If the storm tied is greater than the land elevation (even if well inland) then storm surge flooding will be possible.

Tornadoes & Destructive Winds – Tropical cyclones also produce tornadoes. These tornadoes most often occur in thunderstorms embedded in rain bands well away from the center of the hurricane; however, they can also occur near the eyewall. Tornadoes produced by tropical cyclones are relatively weak and short lived, but still pose a threat. Hurricane force winds of 74 mph or more can destroy buildings, mobile homes, trees and power poles. Debris such as signs, roofing material, siding and small items left outside become flying missiles in a hurricane. The strongest winds occur in a region of the hurricane called the eyewall. Wind gusts in the right side of the eyewall are the most destructive. Hurricane force winds can be felt as far as 150 miles from the coast.