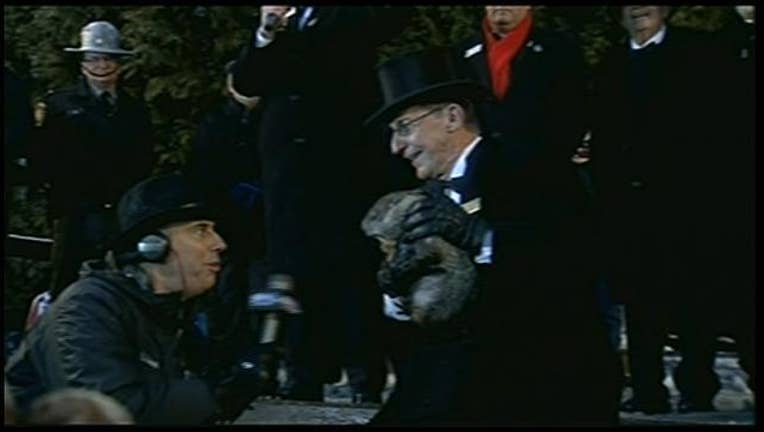 A German legend has it that if a furry rodent sees his shadow on Feb. 2, winter will last another six weeks. If not, spring comes early.

The forecast was also announced on Twitter, as was referenced in the official proclamation read by Jeff Lundy, the Fair Weatherman of the Inner Circle.

"Forecasts abound on the Internet, but, I, Punxsutawney Phil am still your best bet. Yes, a shadow I see, you can start to Twitter, hash tag: Six more weeks of winter!"

The forecast was delivered after a steady pre-dawn rain turned to snow as temperatures dropped from the high 30s to around freezing. They were forecast to keep dropping over much of the state, prompting the state Department of Transportation to lower the speed limit to 45 mph for many interstate highways which were already wet and expected to freeze or be covered with snow as the day wore on.

The rain kept some revelers away, with state police estimating the crowd at around 11,000, slightly smaller than in recent years when upward of 15,000 attended.

Despite the German legend, Phil's handlers don't wait to see if he sees his shadow - as he likely would not have on such an overcast day. Instead, the Inner Circle decide on the forecast ahead of time and announce it on Gobbler's Knob, a tiny hill in the town for which the groundhog is named, about 65 miles northeast of Pittsburgh.

Records going back to 1887 show Phil has now predicted more winter 102 times while forecasting an early spring just 17 times. There are no records for the remaining years.

Phil's counterpart in New York City, Staten Island Chuck, delivered a conflicting message in calling for an early spring after not seeing his shadow.

Chuck emerged from his home at the Staten Island Zoo early Monday and took part in a new ceremony that didn't include being held by New York City Mayor Bill de Blasio.

Last year, in de Blasio's first time at the annual ceremony, the rodent slipped from his grasp and fell to the ground. It died weeks later.

A medical exam revealed it died of internal injuries, but zoo officials said it was unclear if they were caused by the fall from de Blasio's arms. Zoo officials didn't make the death public for months.

The accident became a source of teasing for the mayor, and de Blasio himself suggested Monday that "teams of animal behavior experts and scientists have consulted from all over the country" to keep the groundhog safe.

In Wisconsin, the mayor of Sun Prairie might not be getting too close to a groundhog again.

During a celebration Monday, the handler of Jimmy the groundhog held the animal next the face of Mayor Jonathan Freund, and Jimmy promptly bit down on the mayor's left ear.

Freund flinched, but went on with the event. 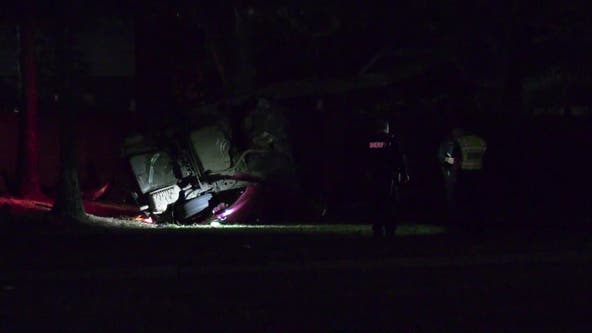