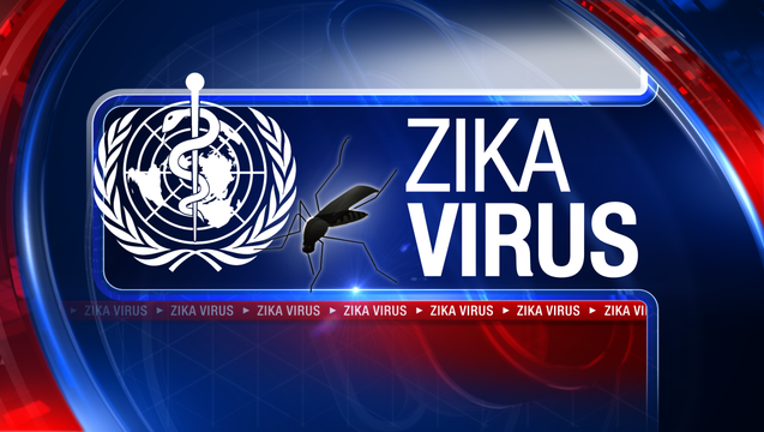 ATLANTA (AP) — Concerned about the threat of the Zika virus, USA Swimming has moved a pre-Olympic training camp from Puerto Rico to Atlanta.

Frank Busch, the national team director, sent out a letter Thursday to all national team athletes and coaches telling them of the change.

"I think it's the prudent thing to do," Bob Bowman, who coaches 18-time gold medalist Michael Phelps, told The Associated Press.

The U.S. team is still scheduled to hold a training camp in San Antonio from July 11-21.

After that, the team had been planning to make a stop in Puerto Rico for several more days of training before traveling on to Rio de Janeiro, where the Olympic swimming competition begins Aug. 6.

USA Swimming's decision follows a move by Major League Baseball to shift two regular-season games out of San Juan because of players' concerns about the virus. The May 30-31 series between the Marlins and the Pittsburgh Pirates will now be played in Miami.

The Zika virus is carried by mosquitoes and has been linked to microcephaly, a condition in which babies are born with undersized brains and skulls. There are also concerns that it might contribute to the Guillain-Barre syndrome in adults, a condition that leads to rapid muscle weakness caused by the immune system damaging the peripheral nervous system.

"The health and safety of our athletes is USA Swimming's primary priority and responsibility," said Scott Leightman, a spokesman for USA Swimming.

The Zika outbreak has been one of the major headaches facing Olympic organizers as they prepare for South America's first Olympics. Brazilian officials insist that precautions will be taken to keep athletes safe and point to the onset of winter in Brazil as being helpful in reducing the mosquito population.

But a Canadian professor, in an article published last week by the Harvard Public Health Review, warned that the Olympics should be postponed or moved until the virus is under control. Amir Attaran of the University of Ottawa warned that the influx of visitors to Brazil will result in the avoidable births of malformed babies.

Brazil is by far the country most affected by Zika, though hundreds have now been infected in Puerto Rico, including the U.S. commonwealth's first confirmed death from the virus.

"As part of our preparations for the Olympic Games this summer, we have been closely monitoring the current situation with the Zika virus," Busch wrote in his letter, which was obtained by the AP. "According to the (Centers for Disease Control and Prevention) and other health experts in the field of science and medicine, our athletes would be highly exposed to the Zika virus in Puerto Rico.

"With this information, the national team division has decided to relocate the second camp to Atlanta."

The camp will now be held at the Georgia Tech aquatic center, site of the 1996 Olympics and a meet just last weekend featuring gold medalists Katie Ledecky and Nathan Adrian.

Busch wrote that a number of factors went into the decision to go to Atlanta, including the flight time to Rio (about 9 1-2 hours nonstop), the world-class facilities at Georgia Tech and hotel availability.

While no prominent national team members have expressed concerns about competing in Rio, Busch stressed that preventing athletes from being infected while at the Olympics was a top priority.

"We will also educate Olympic team members about Zika and provide them with multiple tools to reduce the risk of being bitten by mosquitoes while in Rio," he wrote.

When asked about the seeming contradiction of canceling a camp in Puerto Rico because of Zika but going on to compete in the country hardest hit by the virus, Bowman said he believes the risk will actually be much lower at the Olympics.

"Honestly, we can control it better in Rio," he said. "They're taking every precaution they can. We're talking about swimming in an indoor venue in the wintertime. Plus, we have other measures we can take. We just feel like that's a much more controlled environment."

Busch said the setup in Atlanta will allow the powerful U.S. team to develop the sort of camaraderie that is so important heading into the Olympics. The squad will be determined at the eight-day trials in Omaha, Nebraska, which begin June 26.

"Team culture is one of the things that sets Team USA apart," Busch wrote. "We want to make sure our camp creates that unity as we head into the Olympic Games."