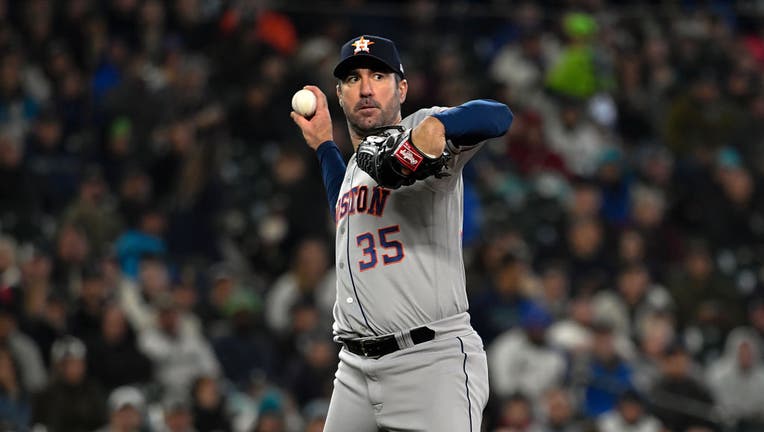 SEATTLE, WASHINGTON - APRIL 16: Justin Verlander #35 of the Houston Astros makes a throw to first base during the third inning against the Seattle Mariners at T-Mobile Park on April 16, 2022 in Seattle, Washington. (Photo by Alika Jenner/Getty Images

Martín Maldonado provided the offense with a two-run homer for his first hit of the season. A day after watching Seattle roll up 11 runs against Houston pitching, Verlander looked to be back in the form that earned him the 2019 AL Cy Young award.

Verlander earned his first victory since beating Seattle on July 24, 2020 on the opening day of the shortened 2020 season, before undergoing Tommy John surgery on his right elbow.

BOTTOM LINE: The Seattle Mariners and Houston Astros play on Sunday with the winner claiming the three-game series.
Seattle had a 90-72 record overall and a 46-35 record at home last season. The Mariners slugged .385 with a .688 OPS as a team in the 2021 season.
Houston went 95-67 overall and 44-37 on the road a season ago. The Astros slugged .444 as a team last season with 3.3 extra-base hits per game.

Monday is OPENING DAY in Houston!