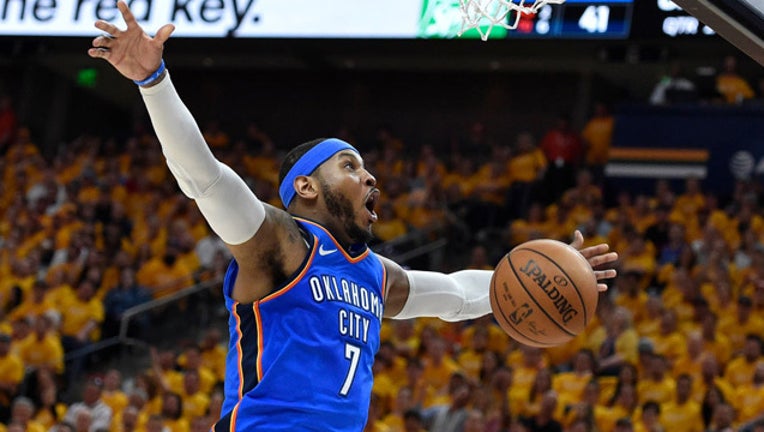 Carmelo Anthony #7 of the Oklahoma City Thunder reacts to his basket in the first half during Game Three of Round One of the 2018 NBA Playoffs against the Utah Jazz on April 21, 2018 in Salt Lake City, Utah. (Photo by Gene Sweeney Jr./Getty Images)

According to sources, he informed the Rockets Tuesday he will sign with the team when he returns from a trip to Africa on behalf of the NBA.

He gets a one-year deal worth the veteran’s minimum of $2.4 million.

Anthony cleared waivers last week after being released by the Atlanta Hawks.

He was traded to the Hawks by the Oklahoma City Thunder.

Anthony is a 10-time NBA All-Star, six-time All-NBA and was the league’s scoring champion in 2013.

Anthony has never been close to an NBA championship.

He just got a lot closer.