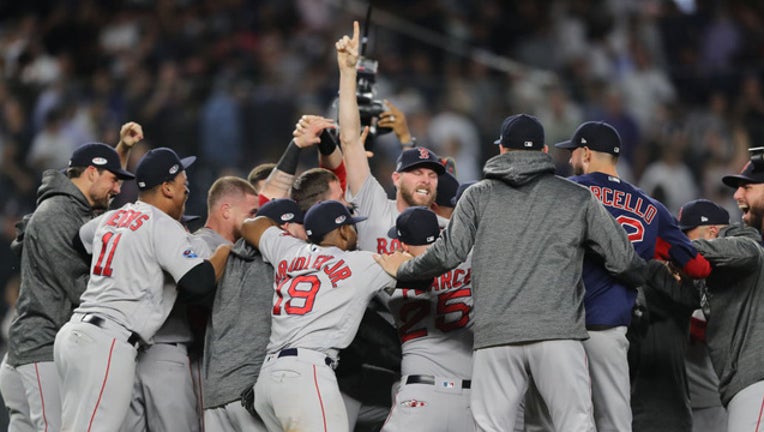 NEW YORK (AP) - Craig Kimbrel and the Boston Red Sox held off the Yankees' ninth-inning rally that ended with a video replay, eliminating New York with a 4-3 victory Tuesday night that set up a postseason rematch with the World Series champion Houston Astros.

Trailing in Game 4 of the AL Division Series, the Yankees scored twice in the ninth and had runners at first and second with two outs. Gleyber Torres hit a slow roller that third baseman Eduardo Nunez charged and threw across the diamond.

Boston first baseman Steve Pearce stretched for an outstanding catch that nipped Torres. The Yankees immediately challenged and, with a sellout crowd standing and hoping, the out call was upheld after a 63-second look.

J.D. Martinez and the 108-win Red Sox reached the AL Championship Series for the first time since 2013. A year after losing to the Astros in the ALDS, Boston will open the best-of-seven matchup against them Saturday night at Fenway Park.