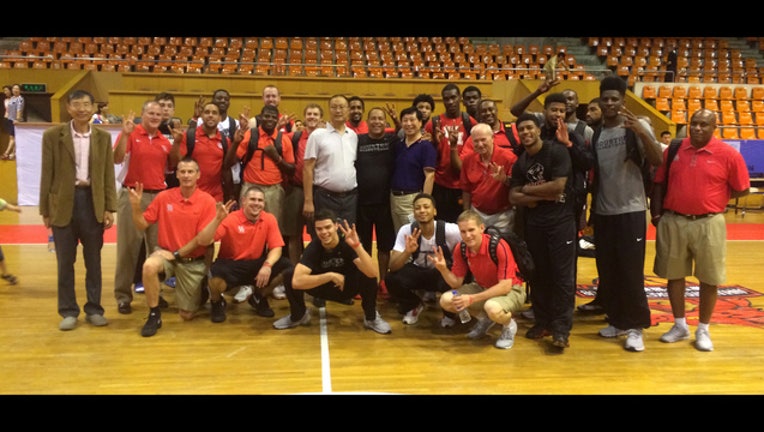 HOUSTON (FOX 26) - Kelvin Sampson has taken several trips abroad with several teams, so it means something when he says UH basketball's recent trip to China is at the very top of the list.

"This was the most incredible trip I've ever taken a team on," Sampson said. "Because I looked at our players' faces when they got back. When we left here, we had 12 guys that were wearing Houston uniforms. When we got back, we had a really good team."

"What I got out of the trip is that we have good guards," Sampson said. "And we're deep. We've got a little bit of Noah's Ark going here. We've got two of everything.

"I just like our team," he continued. "I feel very confident that we're going to have a good basketball team. This is going to be fun."

There was plenty of fun off the court too experiencing a new culture. Sampson said he improved his chopstick skills, that he tried and enjoyed his serving of octopus. The whole team got to see various sights from around the country, including the Yellow Mountains.

"If you've never heard of the Yellow Mountains, I would encourage you to google it," Sampson said. "Google it because there's nothing I can say that can bring home the utter indescribable beauty of it. Everything about that was amazing."

Not everything about the Chinese culture was amazing. Sampson's group saw that there are places in the country where conditions are less than ideal. However, he sensed that his team grew closer as a result of experiencing all this together.

"Americans - we live in the greatest country in the world and we get spoiled because of what we have," Sampson said. "Then, we go somewhere and we may not like it. Well, sometimes that's not a bad thing. I'm glad our guys had a chance to experience that."