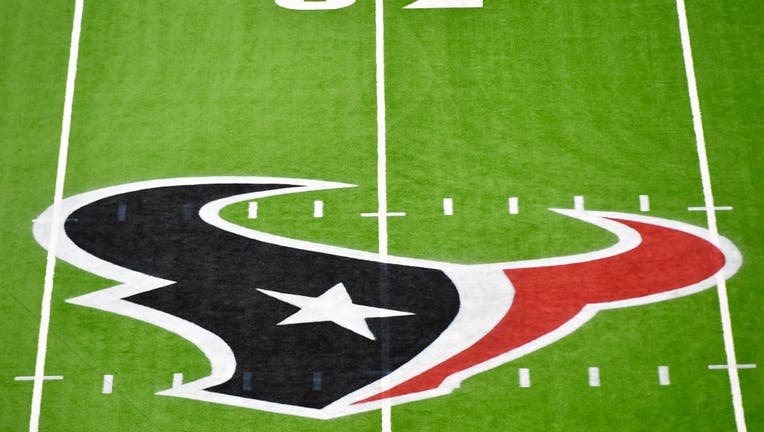 HOUSTON, TEXAS - OCTOBER 25: A detail view of the Houston Texans logo prior to the game between the Houston Texans and the Green Bay Packers at NRG Stadium on October 25, 2020 in Houston, Texas. (Photo by Logan Riely/Getty Images)

HOUSTON - The Houston Texans have released their season schedule for the 2021 season.

The Texans preseason will begin on Saturday, Aug. 14 against the Green Bay Packers at 7 p.m.

For the second week of the preseason, the Texans will travel to face the Dallas Cowboys, however, the date and time for that game is still to be determined.

The final preseason game will be against the defending Super Bowl champions, the Tampa Bay Buccaneers, in Houston at 7 p.m.

The regular season will start in Houston on Sunday, Sept. 12 at noon against the Jacksonville Jaguars.

Week 3 will feature a matchup on Thursday night, September 23, against the Carolina Panthers in Houston.

In Week 4, the Texans will travel to Buffalo to take on the Bills before returning to Houston to face the New England Patriots in week 5.

Weeks 6 and 7 will see the Texans on the road against the Indianapolis Colts and the Arizona Cardinals.

The Texans will return home during week 8 to face the Los Angeles Rams in their first home contest against the Rams since 2013.

Week 9 will see the Texans back on the road facing the Miami Dolphins then head into their bye week.

The Texans will then travel to face the Tennessee Titans in Week 11.

Following that road trip, the Texans will play the next three games at home against the New York Jets, the Indianapolis Colts, and the Seattle Seahawks.

Rounding out the season, the Texans will head to Jacksonville to take on the Jaguars, return home to face the Los Angeles Chargers, then head back on the road to face the San Francisco 49ers in 2022, and finish the season at home against the Tennessee Titans on January 9, 2022.

Here's the full schedule with networks and kickoff times: