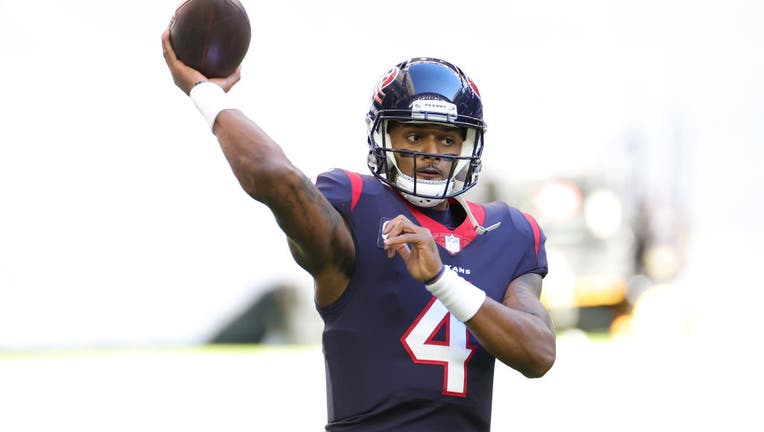 According to documents from the Harris County 113th Judicial District Court the deposition will take place in Buzbee’s office in downtown Houston Feb. 24-25, Feb. 28, March 1, March 8-9 and March 22-23, with all the sessions beginning at 10 a.m.

According to the documents Watson will give an oral deposition that will be videotaped.

"There’s an order in place from the judge requiring him, Watson, to be deposed on or after February 22nd and I have bent over backwards, juggling my schedule and  (Watson’s attorney) Rusty Hardin’s schedule, to get some mutually agreeable dates and they simply won’t give me any dates," Buzbee said. "So as I’m allowed to do so under the rules and by the court’s order, I have given him the dates that we’re gonna do that. He’s either gonna try to go to the court and change them or that’s when we’re gonna do them. As far as whether we’re gonna do the deposition, that’s gonna happen."

Buzbee said he sent the dates for the deposition to the court and to Hardin on Jan. 10.

"You usually have three days to challenge the dates and the place and the time and they didn’t do that," Buzbee said.

"Unless they can get the court to let them off the mat," Buzbee said. "If you do challenge the dates and let’s say ‘these dates don’t work for me,’ then the rule requires that you provide alternative dates, and they haven’t done that. So as far as I’m concerned, the deposition is proceeding on the dates that they were noticed.

"I’ve tried to be very accommodating to Rusty and his team’s schedule," he added. "They have not provided me any dates. So the way it works in the legal system, you don’t provide dates, I provide them for you, and that’s what I’ve done." 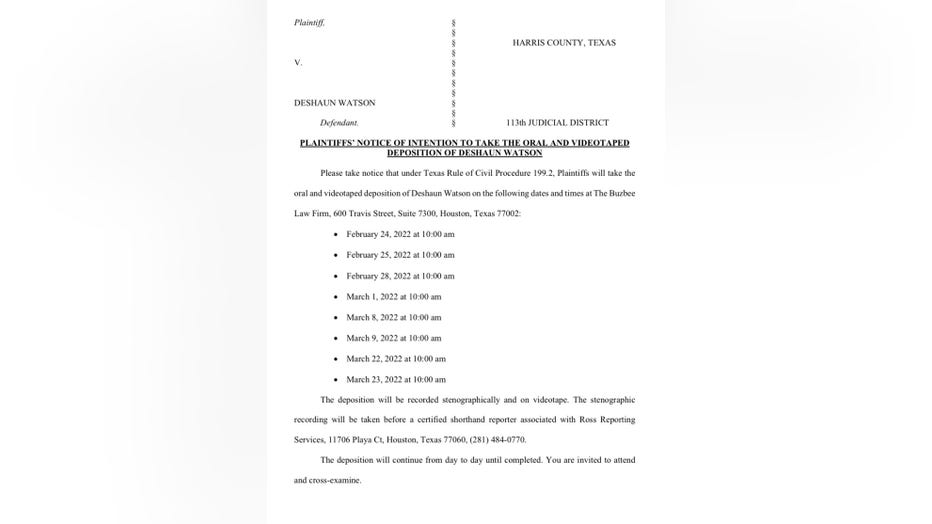 Buzbee said he will get a maximum of 48 hours to depose Watson, with each session typically not lasting more than six hours.

FOX 26 Sports sent a text message and an email to Hardin requesting comment, but he has not been available, as of this writing.