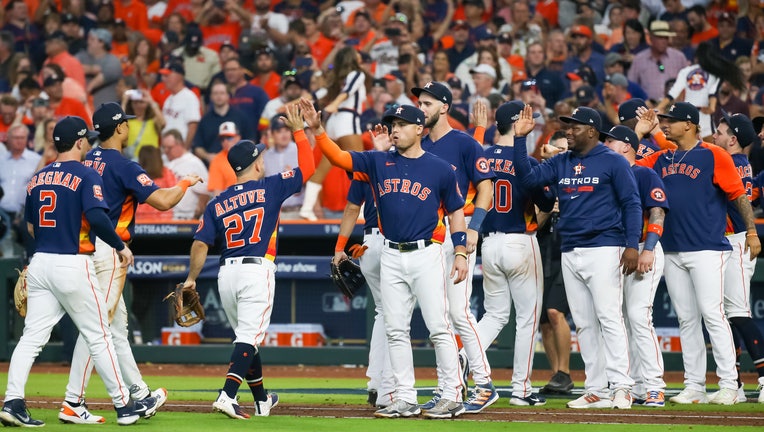 HOUSTON - The Houston Astros took home Game 2 of the ALDS Thursday and will now travel to Seattle to take on the Mariners in Game 3.

Here's how you can watch from home.

TBS will air the game on their network. Fans can also watch the Astros vs. Mariners and any other postseason MLB game on MLB.TV. In addition, viewers can also stream the game through Sling TV, Hulu with Live TV, and  Direct TV Stream.

Astros fans watching the game back in Space City can rest easy knowing they don't have to scramble to find where to watch the big game.

The team will host a watch party at Karbach Brewery Co. at 2032 Karbach St. in northwest Houston. The party starts at 2:00 p.m., an hour before the first pitch, scheduled at 3:07 p.m. CT.

The Astros are up 2-0 in the best-out-of-five Division Series. If the team wins Game 3, they'll head to play in the American League Championship Series versus the winner of the matchup between the Yankees and the Guardians.