MONACA, Pa. - A college basketball player in Pennsylvania honored his late idol Kobe Bryant with the performance of a lifetime.

Powell, a graduate of Overbrook High School in West Philadelphia, took to Twitter following the game to explain what fellow Philadelphia native Kobe Bryant meant to him.

“Tonight I scored 81 points in the honor of my idol, favorite player, and someone who is the reason I start playing basketball this mean so much to me I want to thank my teammates and coaches for allowing me to accomplish this.”

Powell, who normally wears number 1 on his jersey, wore 24 for Monday's game to honor Bryant. He made 35 field goals on 52 attempts, including 7-17 shooting on three-pointers.

According to reports, Powell airballed his final free throw attempt that would have brought his point total to 82. Tuesday morning he tweeted out highlights from the game.

Bryant famously scored 81 points on January 22, 2006 in a game against the Toronto Raptors. The performance remains one of the greatest single-game performances in NBA history.

Kobe Bryant will be inducted into Basketball Hall of Fame’s 2020 class, chairman says

Kobe Bryant, his daughter Gianna, and seven others were all killed in a helicopter crash in Calabasas, California Sunday morning. 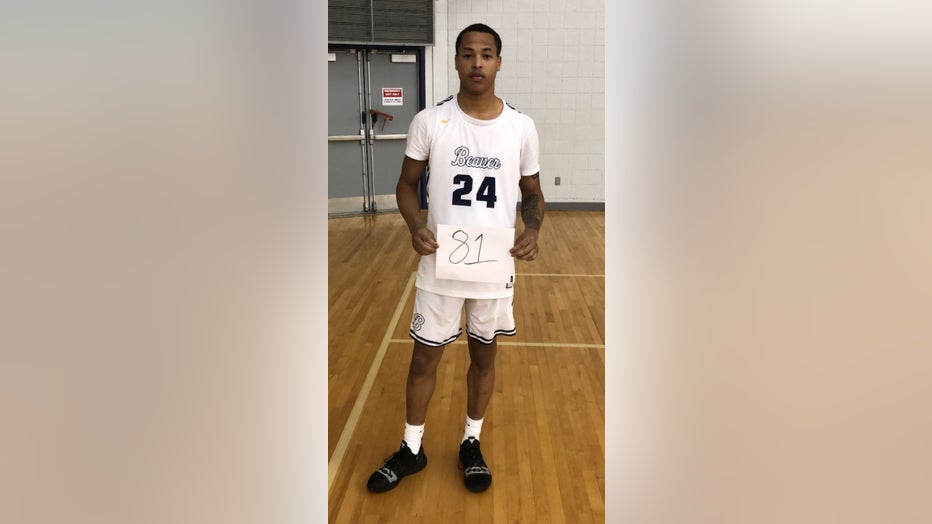 Since Bryant’s passing, friends and fans have found countless ways to honor the late star and his daughter.