Star shortstop Carlos Correa and the San Francisco Giants have agreed to a $350 million, 13-year contract, a person familiar with the negotiations told The Associated Press.

The person spoke on condition of anonymity Tuesday night because the agreement was subject to a successful physical.

Correa also was a free agent one year ago after leaving the Houston Astros, and he reached a $105.3 million deal with the Minnesota Twins. That agreement gave him the right to opt out after one year and $35.1 million to hit the market again.

And the 28-year-old Correa indeed moved once more, this time to a Giants team that recently missed out in its bid to sign free agent Aaron Judge. 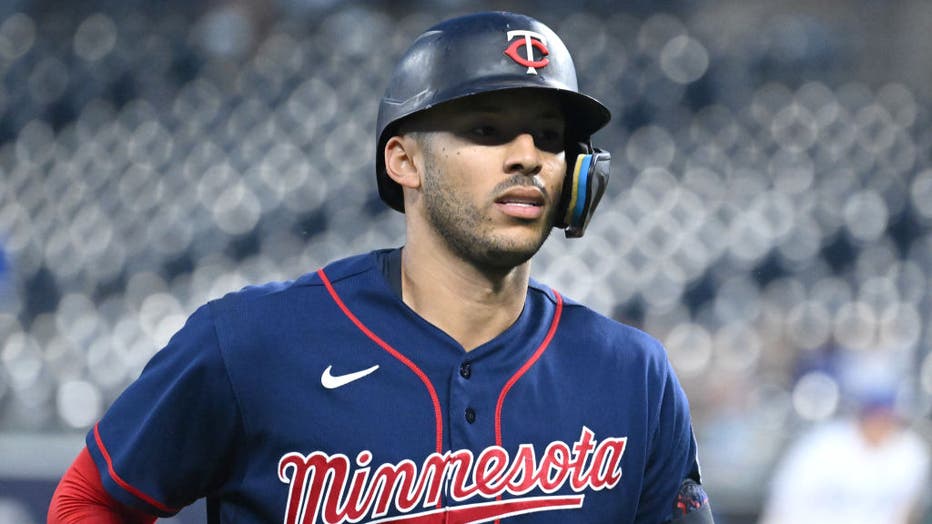 Correa was one of the headliners in a stellar group of free agent shortstops that also included Trea Turner, Xander Bogaerts and Dansby Swanson — Swanson is the only one in that group still available.

Correa got the latest big-money deal in a spending spree during the first offseason of baseball’s new labor contract.

Crawford has a $16 million salary in 2023, then can become a free agent. He has dealt with injuries in recent seasons and might consider retirement at the conclusion of his deal, so the Giants were searching for a shortstop of the future.

The Giants went 81-81 last season, a year after posting a franchise-record 107 wins.

Correa was selected by Houston with the No. 1 overall pick in the 2012 amateur draft, and he played a key role in the Astros’ rise from the bottom of the AL West to the franchise’s first World Series title in 2017.

He hit a career-best 26 homers in 2021 in his last year with Houston, also finishing with a .279 batting average and 92 RBIs. He earned his second All-Star selection and first Gold Glove.

Just last weekend, Correa joined many of his former Astros teammates in Las Vegas for an Ultimate Fighting Championship event.

The Astros’ 2017 championship was tainted by a sign-stealing scheme, and Correa has been lustily booed in some cities since the scandal surfaced.