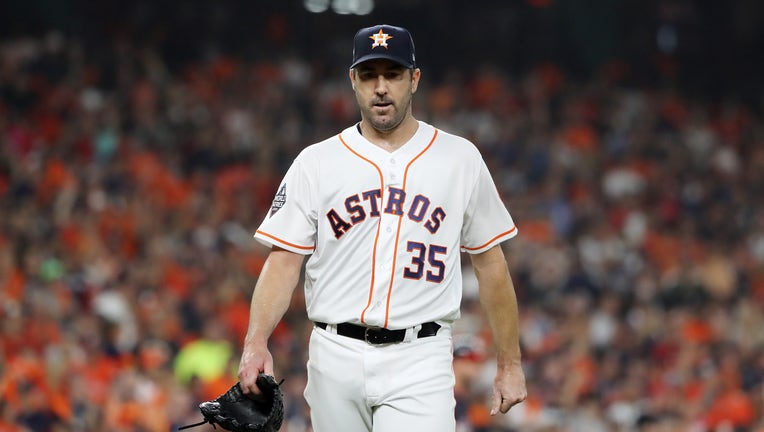 HOUSTON, TEXAS - OCTOBER 23: Justin Verlander #35 of the Houston Astros walks off the field after retiring the side in the first inning against Washington Nationals in Game Two of the 2019 World Series at Minute Maid Park on October 23, 2019 in Houst

The right-handed pitcher is expected to be out for approximately six weeks.

Verlander’s first start in Spring Training was delayed until March 3 due to discomfort in his right groin.

He ended up making two starts this Spring, posting a 3.86 ERA in 4.2 innings of work with four strikeouts.

“Initially, the hope was that physical therapy would be the proper course of action,” Click said. “However, after a recent setback in his rehab, the medical staff recommended that a surgical procedure was necessary. The early prognosis is that Justin will be out for about six weeks.”

The news comes just a day after the MLB announced it would push back Opening Day with no determined start date as of yet.

Here are the major pro sporting events that have been postponed, delayed or canceled due to coronavirus