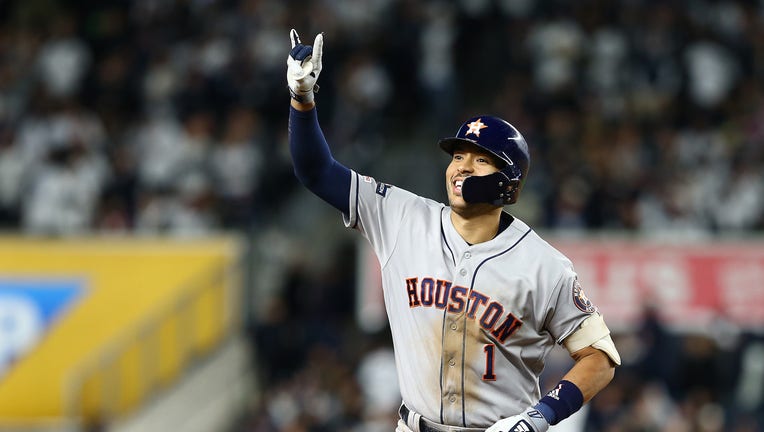 NEW YORK, NEW YORK - OCTOBER 17: Carlos Correa #1 of the Houston Astros celebrates his three-run home run against the New York Yankees during the sixth inning in game four of the American League Championship Series at Yankee Stadium on October 17, 20

NEW YORK CITY - George Springer and Carlos Correa each hit three-run homers and the Houston Astros got another wild ace off the hook to beat the sloppy New York Yankees 8-3 Thursday night and reach the cusp of a second World Series visit in three years.

The Astros lead the AL Championship Series 3-1, putting the 2017 World Series winners on the brink of a showdown with the NL champion Washington Nationals.

Houston still has Justin Verlander and Gerrit Cole queued up for this series, and the Yankees will have to beat both to survive. Verlander will start Game 5 on Friday night against James Paxton.

Now leading the series, the Houston Astros are one win away from the World Series.