In the two-hour special on Tubi, celebrities enroll in a paranormal boot camp, which includes exorcising an iconic haunted location.

LOS ANGELES - Metta World Peace may be known as a former Los Angeles Laker and legendary basketball player, but behind his work and athleticism, he is also a prominent mental health advocate.

In fact, the 41-year-old father of four raffled off his 2010 NBA World Championship ring, which raised more than $650,000. The money was donated to nonprofits that provide mental health therapists and mental health services to their communities and to provide scholarships to underprivileged youth in the New York City area. 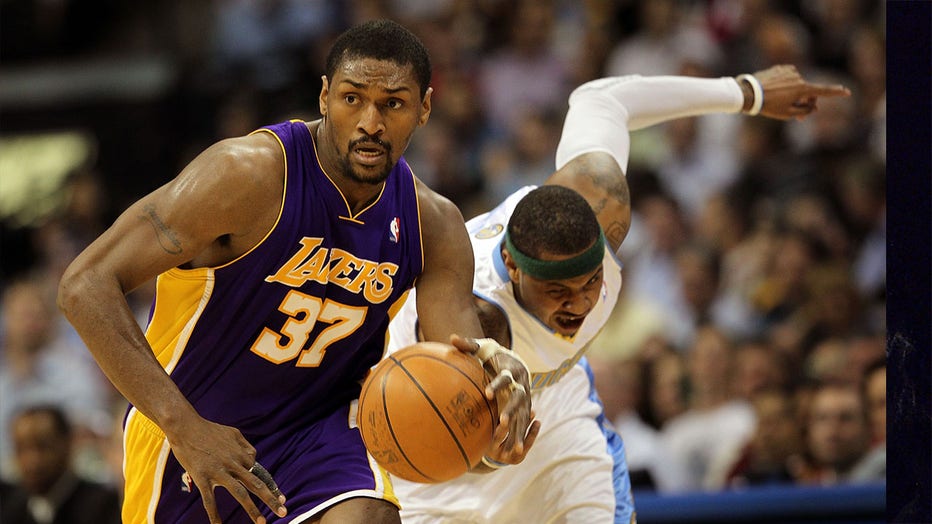 Metta World Peace of the Los Angeles Lakers collects a loose ball and dribbles away from Carmelo Anthony #15 of the Denver Nuggets during NBA action at the Pepsi Center on April 8, 2010 in Denver, Colorado.

In an interview with FOX Television Stations, World Peace opened up about mental health in the sports world.

"There are so many different things happening around sports that a lot of people don’t really understand," the former athlete said. "And then we’re only human, so you have addictions, you have depression, you have your anxiety, and when you’re taking that into a sport, people just want to see you perform."

Olympic gymnast Simone Biles fought back tears Thursday in a candid interview with NBC’s TODAY, where she described her ongoing mental health struggles.

"To do something that I’ve done forever and just not be able to do it because of everything I’ve gone through is really crazy because I love this sport so much," Biles shared. "It’s hard. I’m sorry. And I don’t think people understand the magnitude of what I go through, but for so many years to go through everything that I’ve gone through having a front, I’m proud of myself."

"The twisting once I got back will come back, but I’m still scared to do gymnastics," she continued.

World Peace offered his advice to the young athlete.

"Now people understand that athletes, although they get paid boat-loads of money, they’re only human," he continued. "Definitely love your sport, and I would also say if you need any help reach out. It’s worth it to improve yourself."

His interview came ahead of his appearance in a two-hour Tubi special "Celebrity Exorcism," where celebrities enroll in a paranormal boot camp, which includes exorcising an iconic haunted location. 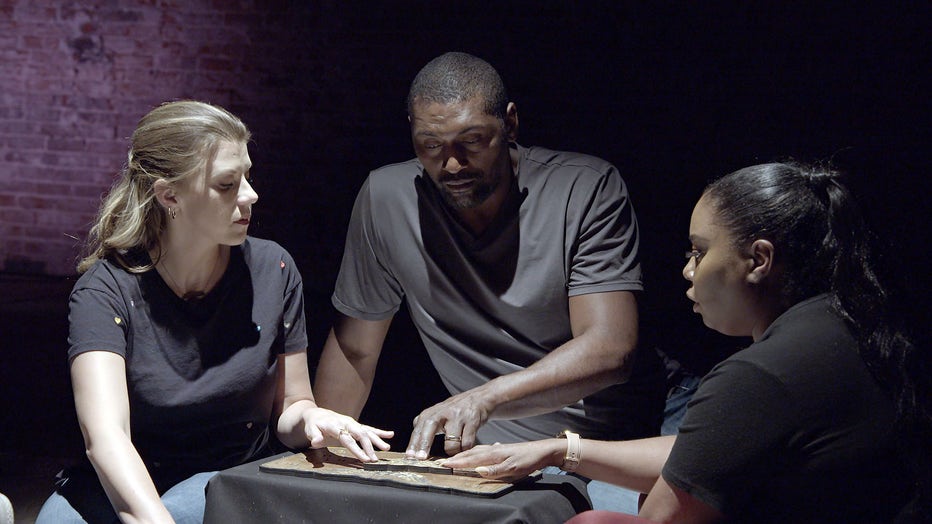 Celebrity and actor in the Tubi original special Jodie Sweetin ("Full House", "Fuller House") also chimed in on the importance of mental health in the world of sports and entertainment.

"I too am a mental health advocate, and I’ve learned over the years that sometimes pushing yourself beyond what you’re capable of — that’s not necessarily success. That’s just burnout," Sweetin, 39, shared. "So for me, success is really being able to do what I love but also finding some of that balance, which is hard. I’m not a person who likes balance. I think most of us in the entertainment business or sports world — we like extremes — so it’s finding that balance in that.

Thriveworks, a counseling, psychology, and psychiatry service with more than 300 locations, found that one in three elite athletes suffer from anxiety and depression.

The data showed that when the focus is on an individual athlete, coverage becomes less enthusiastic with a 29% negative tone that exemplifies the public pressure and criticism athletes face, said Kim Plourde, a licensed clinical social worker at Thriveworks who works with elite athletes through the Alliance of Social Workers in Sport.

"Female athletes have to manage a different level of expectations from themselves, coaches, other athletes, media, and fans ranging from their physical appearance to their performance," Plourde said.

About the writer: Stephanie Weaver is a Los Angeles-based journalist. She is a host of the national streaming show, LiveNOW from FOX, and is a digital reporter for FOX TV. Find her on Facebook and Instagram at @StephWeaverTV.