HOUSTON - Astros fans are making their presence felt on land and water.

On Lake Conroe, one couple loves their team so much that they bought an Astros boat, painted blue and orange with “Houston Strong” Astros logos on both sides.

For World Series the couple brought the boat back into Rinker’s Boat World—where they bought it—for some fresh Astros logos.

“We saw this boat sitting at Rinker, and we’d drive by and we kept saying wow there’s a Houston Astros boat. Gotta have it,” said Butch. 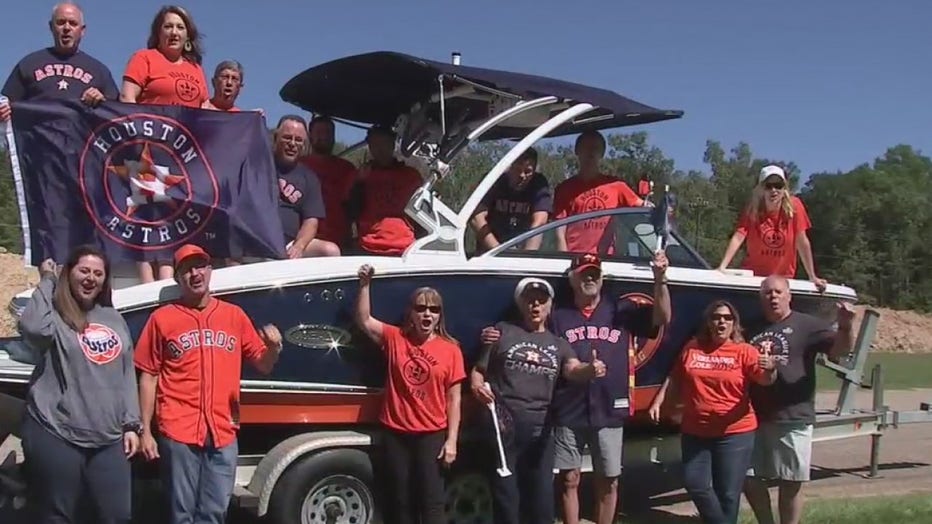 "Cobalt actually offered the colors that the Astros carry,” said Chris Rinker, owner of Rinker’s Boat World. “People were really attracted to the boat. They came to the boat show I think primarily just to see the boat.”

“It’s a surf boat too,” said Ginger. “So they’re out there surfing in their Astros colors. That gets a few eyeballs.”