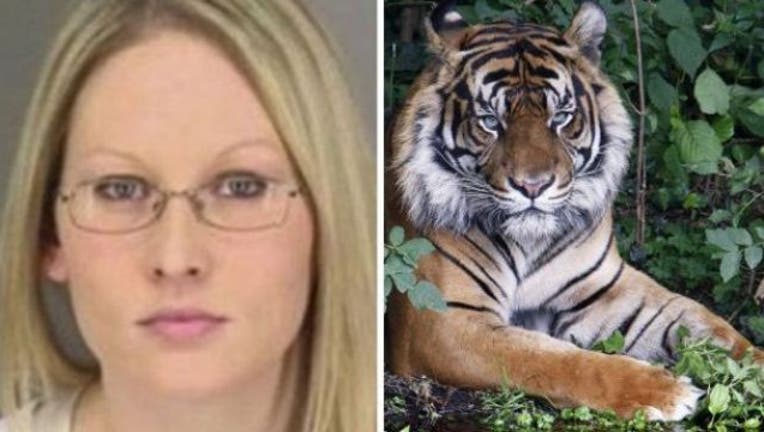 A woman was hospitalized early Sunday after she sneaked into Omaha's zoo and attempted to pet a tiger, authorities said.

Police told the Omaha World-Herald, 33-year-old Jacqueline Eide was being treated at Creighton University Medical Center for a bite on her left hand. The paper reported that police didn't learn about what Eide had done until they were called to the hospital to handle a disturbance involving Eide.

Officials at the Henry Doorly Zoo &Aquarium told the paper they believed Eide was bitten by Mai, the zoo's 18-year-old Malayan tiger. Executive Director Dennis Pate said additional cameras were being installed to monitor the zoo's grounds and gates. Pate told the World-Herald the facility already has security staff on duty around the clock, as well as security cameras, path lighting, and computer-controlled locks to track exit and entry.