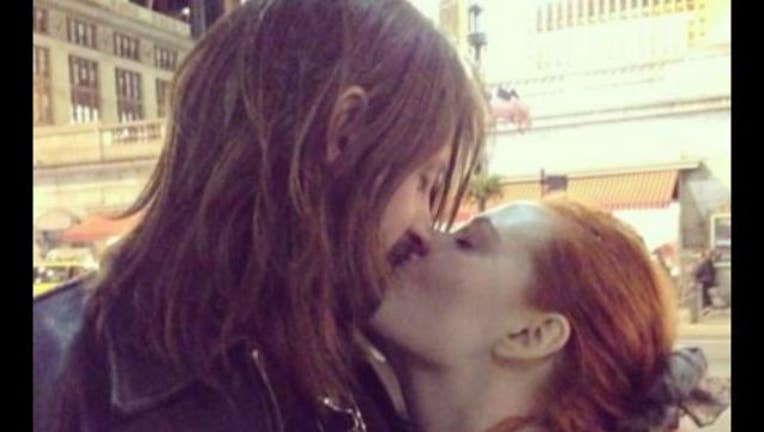 Nick Alexander, a British citizen and London-based merchandiser working for the rock band Eagles of Death Metal, was among at least 80 people killed on Friday, November 13, in a deadly attack on Paris’ Bataclan concert hall, where the band was playing.

The shooting at the Bataclan was one of several coordinated attacks that struck six sites across Paris on November 13, leaving at least 129 people dead.

The UK Foreign and Commonwealth Office confirmed Alexander’s death in a statement released on behalf of his family on Saturday. The family also provided an accompanying photograph.

Polina Buckley, a woman who describes herself as Alexander’s girlfriend, sent out a series of panicked Twitter messages on Friday, trying to find her boyfriend.

On Saturday, she posted a photo of the two kissing with a heartbreaking caption: “You are and always will be the love of my life, Nick Alexander #f--kterrorism #ParisAttacks #Bataclan.”

It is not confirmed that Buckley and Alexander were still together.

The Telegraph interviewed Helen Wilson, an American expat who was with Alexander at the concert and saw him shot in front of her. She gave a horrifying eyewitness account to the British paper:

“Nick was shot in front of me… Nick was in front of me when we were lying on the ground and somebody moved and they just turned ‘round and started shooting us. His back was to me and I couldn’t see what happened and I tried to keep him talking and then I tried to give him mouth-to-mouth resuscitation and [the gunmen] were just sort of in the shadows and they would shoot if anyone said anything. Then he couldn’t breathe anymore and I held him in my arms and told him I loved him.“

Buckley’s most recent message on Twitter is a plea to be connected with Wilson, so she can hear what happened to her boyfriend.