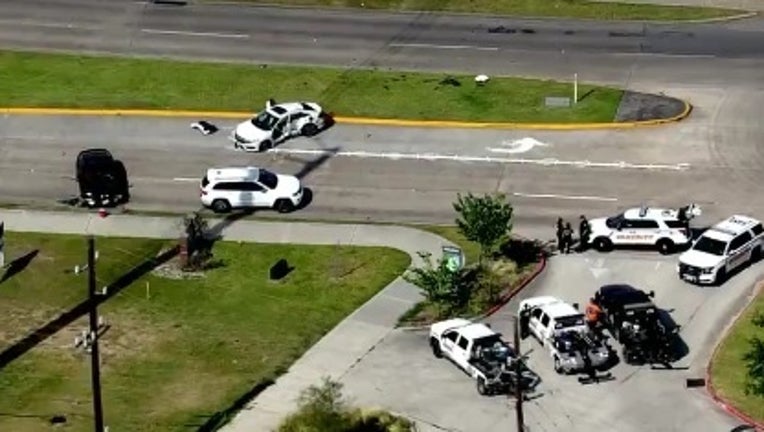 Photo over the scene of the deadly crash in Humble on Friday afternoon.

HUMBLE, Texas - The Harris County Sheriff's Office Vehicular Crimes Division is investigating after a woman was killed in a crash on Friday afternoon in Humble.

Gonzalez said three vehicles were involved in the crash.

Authorities first stated the victim was in her late 60s, however, authorities said the woman was said to be 59.

Preliminary investigation revealed that a white Honda Civic, driven by the victim, traveled westbound and exited from a private driveway.

Officials said the Civic was hit by a BMW that was traveling northbound.

Authorities said that collision sent them into the southbound lanes, and the BMW struck a Jeep that was traveling southbound.

The woman, who was said to be in her late 60s, was taken to the hospital where she later died.