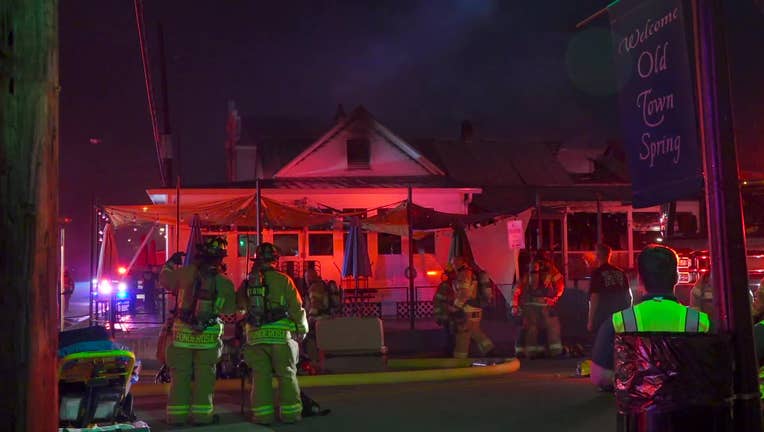 SPRING, Texas - Dozens of firefighters from five fire departments responded to a 2-alarm fire at a wine bar in Old Town Spring on Sunday night.

The fire was reported around 10:24 p.m. at Envy Wine Room at Preston and Midway.

According to the Spring Fire Department, firefighters arrived to find smoke and flames coming from the structure.

The fire department says the heavy fire was controlled quickly, and the fire was tapped out in 45 minutes. The fire burned through the roof in one area.

According to Spring FD, the Harris County Fire Marshal’s Office determined it was an accidental ignition that sparked the fire.