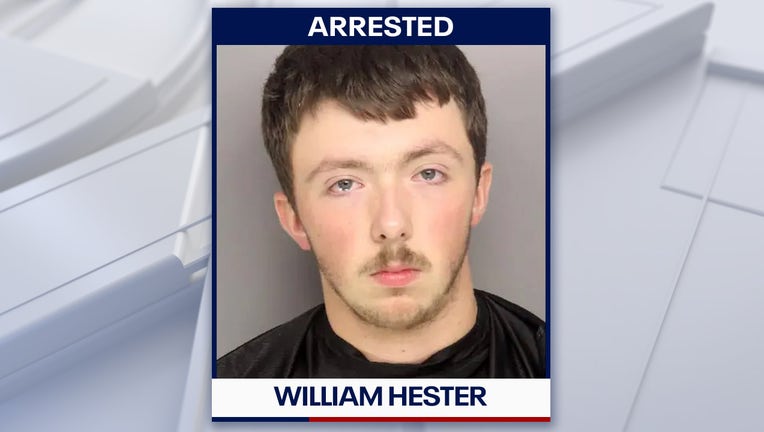 A South Carolina 17-year-old has been arrested and charged in the murder of his 4-year-old half-sister, according to authorities.

Joanna Lockaby was initially reported missing on Tuesday around 2:30 p.m., and Greenville County Sheriff's Office (GCSO) deputies dispatched to the area located the victim's body in a plastic bin in a wooded area behind her family's residence at 112 Chevy Chase Blvd.

Investigators believe William Micah Hester, who lived with Joanna at the Chevy Chase Blvd. home, "suffocated the victim, contributing to her death," the sheriff's office said in a Facebook post.

Hester has been charged with murder and is set to attend a bond hearing Thursday, the sheriff's office told Fox News Digital.

Hester's father reportedly told the judge — who ordered the 17-year-old to be held without bail — that his son would never murder someone, according to WYFF reporter Kylie Jones.

His father also told the judge that the 17-year-old has special needs and may require assistance in filling out court documents, Jones reported.

The GCSO is investigating the motive behind Joanna's killing.

It's not the family's first run-in with the law.

In 2018, the victim's 1-year-old brother, Joe Lockaby, died after being left in a hot car outside his grandmother's home, according to FOX Carolina.

Their grandmother was charged with homicide and child abuse at the time. She pleaded guilty to assault and battery, and authorities sentenced her to 10 years in prison, but her sentence was ultimately shortened to three years of probation, FOX Carolina reported.

Audrey Conklin is a digital reporter for FOX Business and Fox News. Email tips to audrey.conklin@fox.com or on Twitter at @audpants.