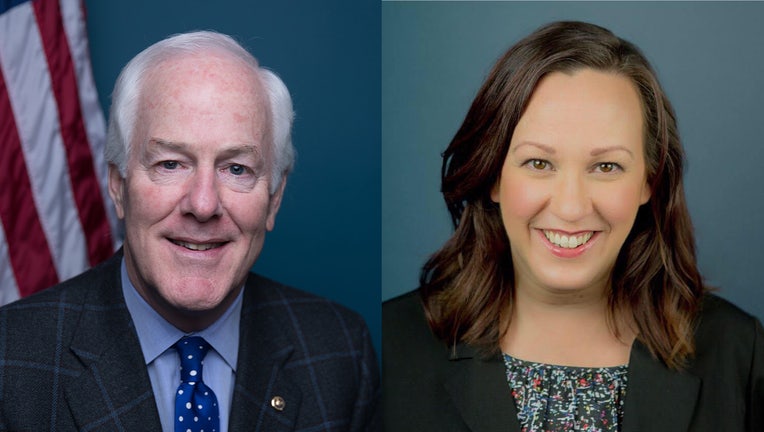 AUSTIN - Republican Sen. John Cornyn has defeated Democratic challenger MJ Hegar in the race for U.S. Senate in Texas. Sen. Cornyn will now head into his fourth-term after winning re-election.

After early voting totals were released, Cornyn was seen in the lead, which only grew as Election Day totals rolled in.

Senator Cornyn reflects on the race as he casts his ballot.

Most polls still show Cornyn with a several point lead over Hegar, but she has been outraising him lately.

However, a Democrat has not been voted to the U.S. Senate since 1988.

Every state in the U.S. elects two people to represent them in the U.S. Senate, which is the upper chamber of Congress. They are elected statewide for six-year terms.

One on one with MJ Hegar

Greg Groogan talks one on one with U.S. Senate Democratic candidate MJ Hegar

“Every race is too close for comfort. I am not taking anything for granted,” Cornyn ahead of election day. “What worries me the most is that all of this outside money coming into the race, it’s unusual. Senator Cruz was the first to be outspent 2 to 1 and we will be outspent 2 to 1. People like Michael Bloomberg and Chuck Schumer and West Coast Silicon Valley billionaires know. What do they know about Texas? What is their interest here?”

Cornyn also acknowledged a lot of people have moved to this state since he last won. “We are seeing an enormous number of people voting which is a good thing,” he said. “But obviously in the six years since I was last on the ballot, there’s been a lot of changes in this state.”

Nearly 18% of likely Texas voters reported they don’t know enough about Hegar to form an opinion, according to a recent poll released by the Hobby School of Public Affairs at the University of Houston.

Last week, Hegar cast her vote in Round Rock Tuesday morning. FOX 7 Austin’s Natalie Martinez spoke with the candidate after she had cast her ballot. “I just don’t really look at the polls,” Hegar said. “I am confident that I am accomplishing what I set out to accomplish. I think we are going to win.”

Senator John Cornyn also cast his ballot last week, he voted in Austin on Wednesday morning. He said his nearly two decades in office shows he knows how to get things done, including working across the aisle.