President Biden laid out details of the Student Loan Debt Plan, forgiving $20,000 of debt for Pell Grant recipients and $10,000 for all other student loan borrowers. The payment pause has also been extended one more time through December 31, 2022.

With news of President Joe Biden’s student loan forgiveness plan, in which up to $20,000 of student federal loan debt may be forgiven, many likely have questions about eligibility.

The president announced Wednesday that $10,000 in federal student loans would be forgiven for borrowers, and those who had a greater financial need and received assistance through Pell Grants could have up to $20,000 forgiven.

For those who have undergraduate loans, repayments can also now be capped at 5% of their monthly income. Biden also extended the pause on student loan interest for another four months, through Dec. 31, 2022.

More than 43 million Americans owe a combined $1.6 trillion in student debt held by the federal government, according to data from the Education Department. That includes more than 7 million borrowers who have defaulted on student loans, meaning they are at least 270 days late on payments. 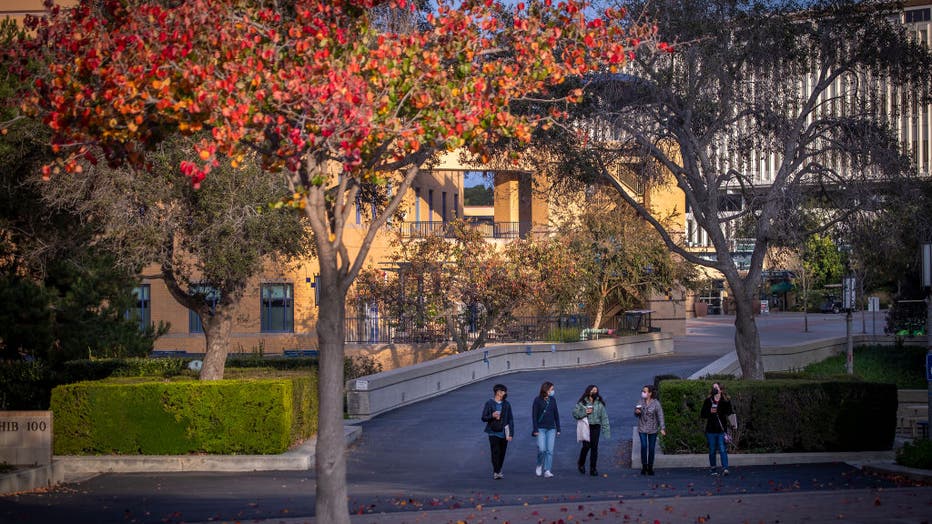 As of now, the only eligibility detail that the Biden administration released under the new plan is that the borrower must be earning less than $125,000.

In addition to his wide-sweeping loan forgiveness plan, there are existing U.S. programs for borrowers already in place to have some or all of their student debt erased.

As a refresher, the U.S. Department of Education’s federal student loan program is called the William D. Ford Federal Direct Loan Program — commonly referred to as "Direct Loans." There are four different types of Direct Loans.

"Forgiveness," "cancellation," or "discharge" of a student loan all mean that the borrower is no longer required to repay some or all of their debt.

Here’s a look at some current programs in which borrowers of federal student loans may also be able eligible to get relief:

The Public Service Loan Forgiveness (PSLF) program, which was launched in 2007 as a reward for college students who go into public service, cancels debt after 10 years of qualifying monthly payments on federal Direct Loans.

Last year, the U.S. Department of Education unveiled major changes to the program after having been criticized for its complex requirements. The changes helped more than 113,000 people get student debt relief, totaling around $6.8 billion in forgiveness, the government said in May.

This includes many teachers, nurses, social workers, military members, and other public servants.

Borrowers who have worked 10 years in a qualifying job are eligible for loan relief no matter what kind of federal loan or repayment plan they have through Oct. 31, 2022. Past loan payments that were previously ineligible now count, moving some borrowers closer to the finish line.

The U.S. Department of Education in April also made changes to its Income-Driven Repayment (IDR) program, which was expected to bring immediate debt cancellation for at least 40,000 borrowers and help millions of others lower their debt.

The program was created in 1994 as a way to provide a safety net for people who struggle to repay student loans. The program now offers five repayment options that provide reduced monthly payments based on income and family size. The borrower’s remaining balance is supposed to be automatically forgiven after 20 or 25 years, depending on the plan.

Out of the more than $1 trillion in student debt held by the federal government, about half is being repaid through those plans.

Click here to read more information about the various plans and who qualifies. 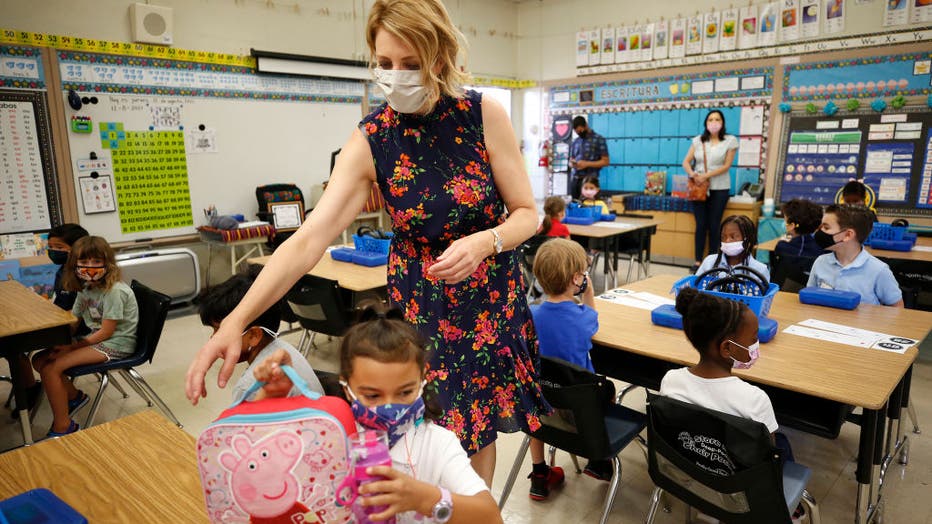 Those who teach full-time for five complete and consecutive years in a low-income school or educational service agency, and meet other qualifications, may be eligible for forgiveness of up to $17,500 on federal loans, according to the U.S. Department of Education.

Eligibility for the program includes special education teachers and anyone who provides direct classroom teaching, "or classroom-type teaching in a nonclassroom setting."

Borrowers must not have had an outstanding balance on Direct Loans or Federal Family Education Loan (FFEL) Program loans as of Oct. 1, 1998, or on the date that they obtained the loan after Oct. 1, 1998.

"The loan(s) for which you are seeking forgiveness must have been made before the end of your five academic years of qualifying teaching service," the department states on its website. 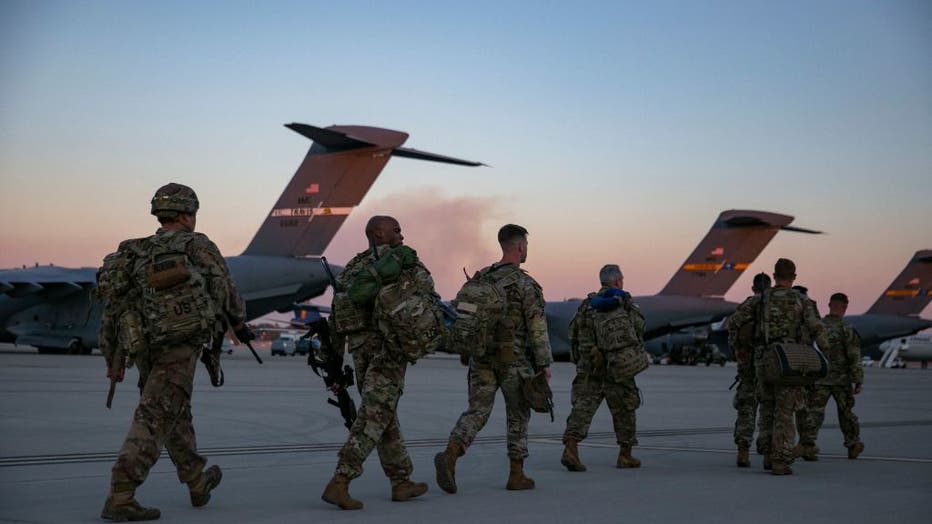 FILE PHOTO - Soldiers of the 82nd Airborne Division walk to board a plane from Pope Army Airfield in Fort Bragg, North Carolina on February 14, 2021 as they are deployed to Europe. (Photo by Allison Joyce / AFP) (Photo by ALLISON JOYCE/AFP via Getty

If a school closes while the borrower is enrolled or soon after they withdraw, the individual may be eligible for discharge of federal student loans — or "the removal of your obligation to repay your loan under certain circumstances," the Education Department says.

Some may be eligible for 100% discharge of Direct Loans, Federal Family Education Loan (FFEL) Program loans, or Federal Perkins Loans if they were unable to complete the program because the school closed.

Click here to learn about eligibility requirements for closed school loan discharge and how to apply. 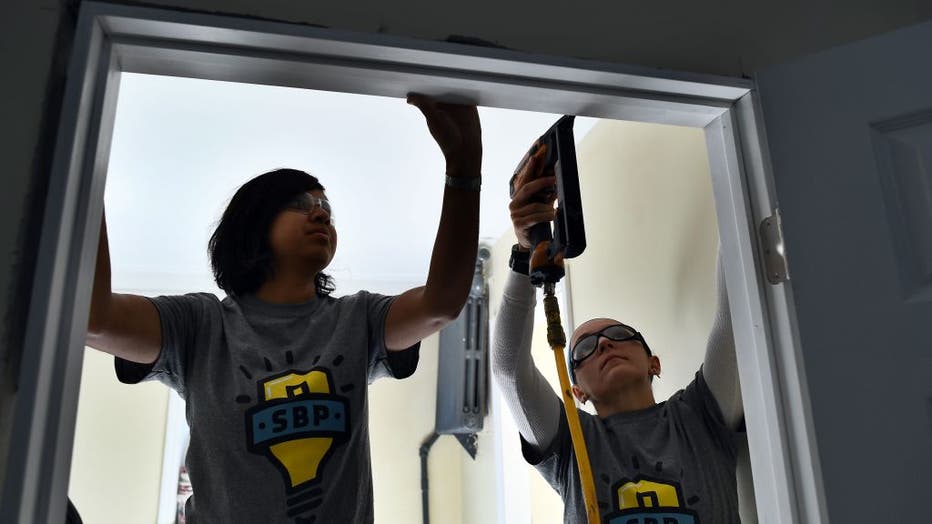 FILE PHOT - Two members of AmeriCorps, a national body that engages hundreds of thousands of Americans in community service each year, install a door frame in a storm Sandy-damaged house in Brooklyn, New York City, on October 27, 2017. (Photo: Jewel

Participants who complete a term of national service in an approved AmeriCorps program are eligible to receive the Segal AmeriCorps Education Award, which can be used to repay qualified student loans — as well as current educational expenses at eligible institutions and training programs.

The value of the award is "equivalent to the maximum value of the Pell Grant," which is a form of need-based federal financial aid, and the amount changes yearly. The maximum Federal Pell Grant award for the 2022 to 2023 fiscal year is $6,895.

The AmeriCorps Education Award also varies based on the term of service completed.