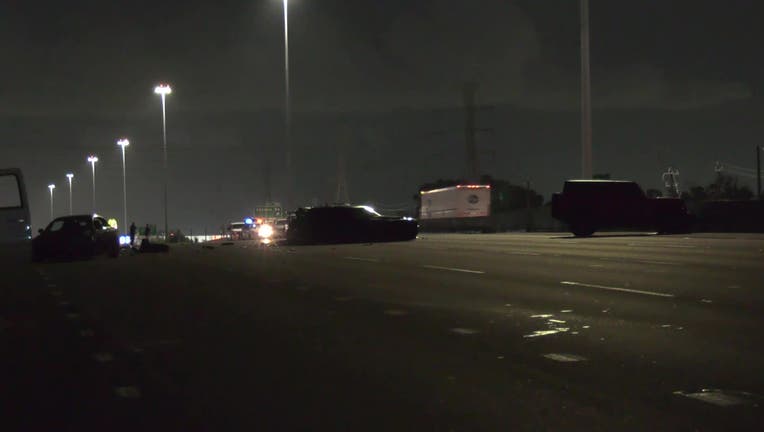 The Harris County Sheriff's Office investigates a deadly crash on the East Freeway near Dell Dale.

HOUSTON - Authorities say one driver died and another was taken to the hospital after a four-vehicle crash on the I-10 East Freeway in east Harris County on Thursday night.

The crash occurred around 9:35 p.m. in the 15500 block of the East Freeway near Dell Dale Street.

According to the Harris County Sheriff’s Office, a Dodge Challenger and a BMW 335i were both traveling westbound, and the vehicles came into contact while changing lanes.

The Dodge came to a rest in the mainlanes and was struck from behind by another vehicle. Authorities say the driver of the Dodge was not wearing a seatbelt and was ejected from his car. He died at the scene.

A fourth vehicle crashed into a barrier but didn’t come into contact with the other vehicles.

Authorities say one driver was taken to the hospital with minor injuries.

The case is under investigation by the Harris County Sheriff’s Office Vehicular Crimes Division.