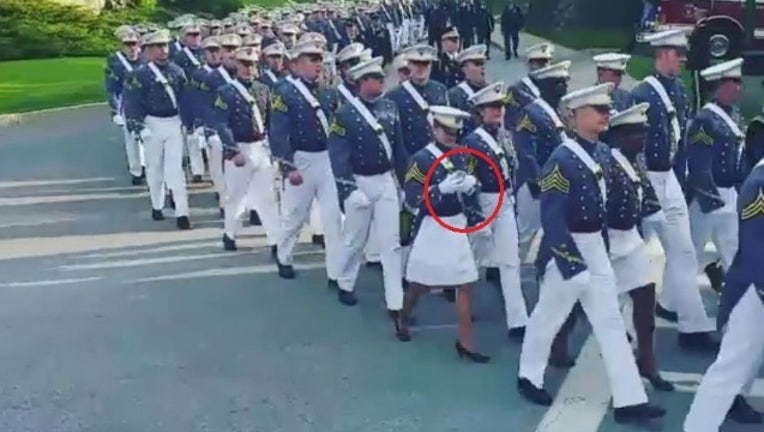 A West Point cadet was caught using her smartphone during a march to the military academy's graduation ceremony on Saturday.

At about the 50-second mark, a female cadet is clearly seen looking down at her phone as she marches. She doesn't even look up from the device while she is on-screen.

It is unclear what the cadet was doing on her phone, but the incident is attracting criticism on social media from those who say she lacks discipline and respect.

"As a veteran, I want to know why are the cadets allowed to use cell phones while in formation? I am embarrassed for them and the new military standards.obviously the uniform does not mean much to them," one man commented on the Facebook post.