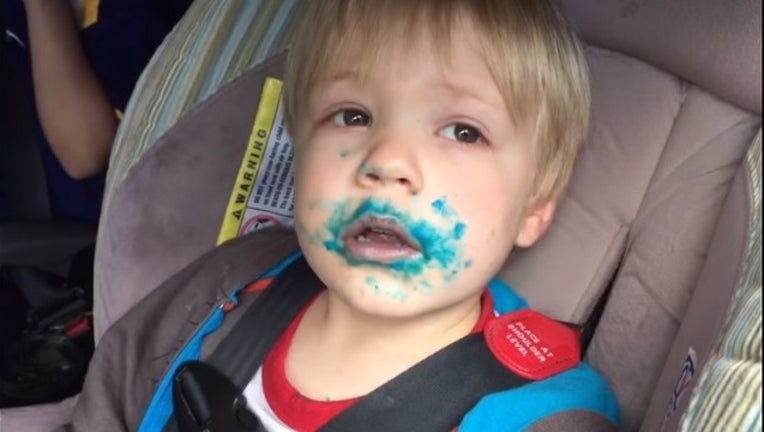 (FOX NEWS INSIDER) - An adorable video of a little boy denying eating a cupcake - despite overwhelming evidence to the contrary - is sweeping the Internet.

The hilarious clip shows the youngster - named Jack - with blue icing smeared all over his face.

"Hey Jack? Did you eat a cupcake?" his dad asks.

"You sure you didn't eat a cupcake?"

"Hmm, I thought you maybe had a cupcake."

Even as his father continues to question him, Jack steadfastly, admirably sticks to his story.