LOUISVILLE, Ky. - One fired Kentucky police officer has been indicted on three counts of wanton endangerment in connection to the police raid of Breonna Taylor's home on the night of March 13.

A Kentucky grand jury on Wednesday indicted a single former police officer for shooting into neighboring apartments, but did not move forward with charges against any officers for their role in Breonna Taylor’s death.

The wanton endangerment charges recommended by the grand jury for Officer Brett Hankison are not directly related to the death of Taylor, an EMT who was shot multiple times by officers who entered her home using a no-knock warrant during a narcotics investigation. The warrant used to search her home was connected to a suspect who did not live there, and no drugs were found inside.

Before charges were brought, Hankison was fired from the city’s police department on June 23. A termination letter sent to him by interim Louisville Police Chief Robert Schroeder said the white officer had violated procedures by showing “extreme indifference to the value of human life” when he “wantonly and blindly” shot 10 rounds of gunfire into Taylor’s apartment in March.

Hankison, Sgt. Johnathan Mattingly, Officer Myles Cosgrove and the detective who sought the warrant, Joshua Jaynes, were placed on administrative reassignment after the shooting. Neither the grand jury nor the presiding judge elaborated on the charges and no charges have been filed against the other officers. 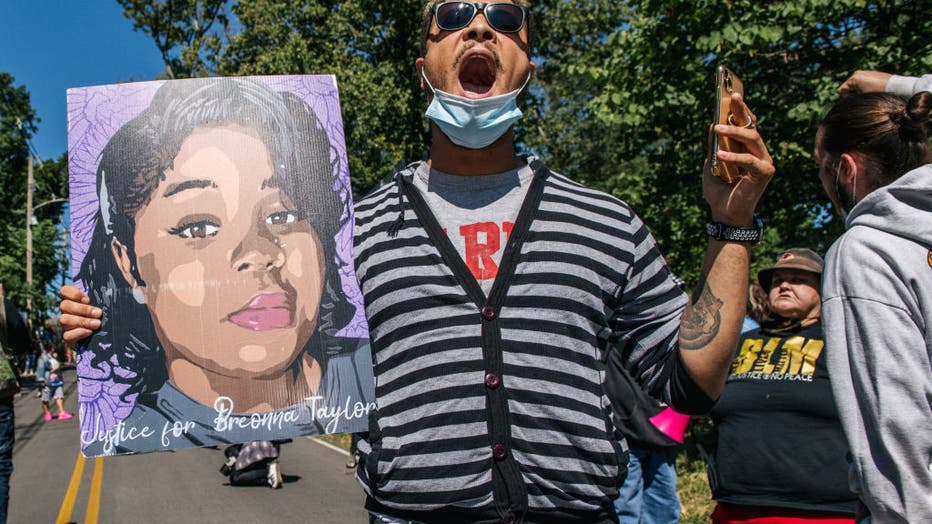 FILE - A demonstrator holds up a sign of Breonna Taylor while chanting during a protest.

What is wanton endangerment?

“A person is guilty of wanton endangerment in the first degree when, under circumstances manifesting extreme indifference to the value of human life, he wantonly engages in conduct which creates a substantial danger of death or serious physical injury to another person,” according to the state of Kentucky.

The law has been in effect since Jan. 1, 1975. First-degree wanton endangerment is a Class D felony in the state of Kentucky.

One Kentucky law firm explains why someone tied to a death might be charged differently depending on the circumstance.

“One of the defining elements of many criminal offenses is the state of mind of the accused at the time the alleged offense was committed,” according to Ron Aslam Law Office.

“For example, if someone commits a homicide with malicious intent (i.e., the intent to kill or cause serious bodily injury), they can be charged with murder. If, on the other hand, the offender killed someone unintentionally, they would likely be charged with a lesser offense, such as manslaughter or reckless homicide. There are some crimes, however, that fall into more of a grey area between negligence and intent. In Kentucky, one example of such a crime is ‘wanton endangerment,’” the law firm wrote.

According to the Kentucky law firm, first-degree wanton endangerment is punishable with fines of up to $10,000 and up to five years in prison.