Video released of gunfight between man and Houston police officers

Authorities have shared new video of an officer-involved shooting in December when police said Marc Limon, 26, threatened "to kill" a family member and led them on a brief chase before a gunfight ensued.

HOUSTON - Authorities released new video Thursday of an officer-involved shooting back in December when a man reportedly threatened "to kill" a family member in east Houston.

It happened when the Houston Police Department was called out to the 10200 block of Valencia Dr. around 1:15 p.m. on December 10, 2021. During a press conference with Asst. Chief Tien shared preliminary information, saying the incident began as a family disturbance, where Marc Limon, 26, was threatening another to "kill them."

Authorities are investigating an officer-involved shooting in east Houston, where a suspect was injured while responding to a domestic violence incident.

Responding officers were told Limon left the home and his car was found allegedly returning to the home and brandishing a weapon after authorities tried pulling him over.

A chase ensued but shortly afterward, the 26-year-old got out of his car and began shooting at the police. A brief gunfight ensued and Limon was hit at least one time. 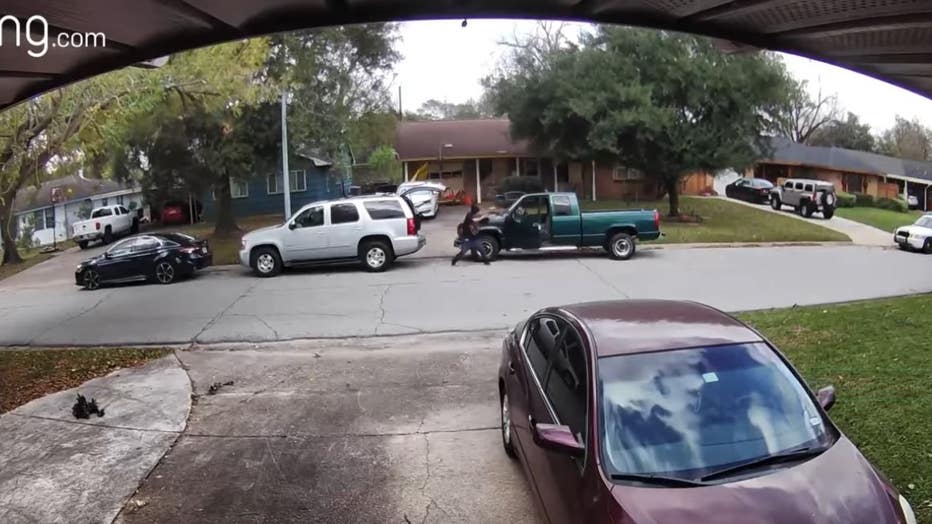 During an update by HPD Asst. Chief Bashir, Limon survived his injuries and was taken into custody as well as charged for his role in the incident after he was released from the hospital.

Asst. Chief Tien noted back in December there would be several investigations conducted by multiple parties including their Internal Affairs Division.

Two of the officers involved were in their first year of service with the HPD, one is in his 20s, the other is in his 30s. While the third officer is said to be in his 40s and has about 16 years of service. Per protocol, the officers were placed on administrative duties until the investigation is complete.