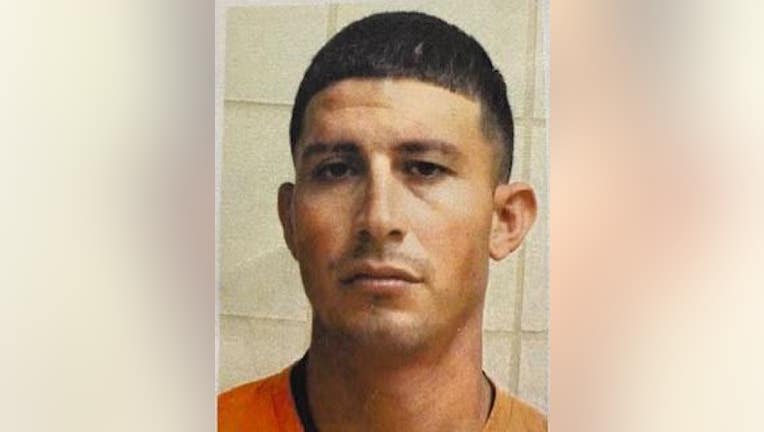 HOUSTON - U.S. Marshals are searching for a missing inmate for escape.

Hernandez is described as being 5’8" tall and 150 pounds.

He was last seen in the area of Interstate 45 South and Dixie Farm Road.

We’re told he was last seen wearing an orange t-shirt over a black t-shirt and blue jeans. He has no visible scars but he does have a wrist tattoo.

Authorities said they searched near Ellington Field but are also searching other areas as well.

U.S. Marshals said Hernandez' was originally charged with illegal entry for which he was placed on probation.

If you've seen him, authorities are urging that you do not attempt to apprehend Castillo. Authorities said he may be injured and wearing restraints.

If you have seen this man or have any information, contact police.