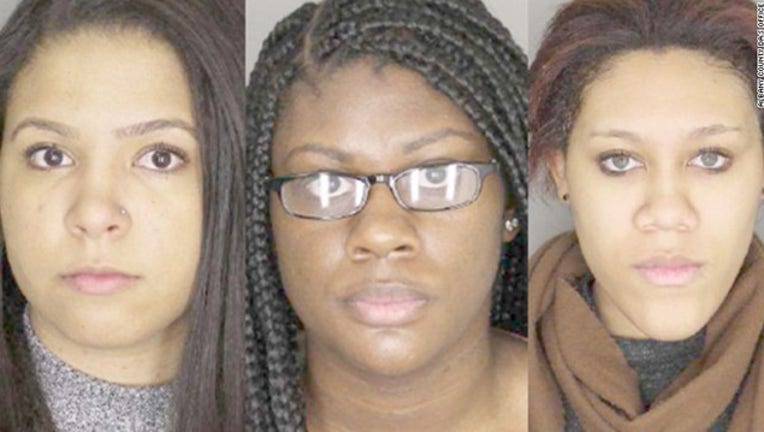 Two black female college students who claimed to be victims of an assault by a group of white men and women reportedly were expelled from the University at Albany. University at Albany President Robert J. Jones said in an email to The Albany Times Union Thursday that Ariel Agudio and Asha Burwell were dismissed from the college. A third student, Alexis Briggs, was suspended for two years.

Agudio and Burwell were charged with misdemeanor assault and falsely reporting an incident and Briggs was charged with misdemeanor assault in February stemming from a January bus incident. News 10 reported Wednesday all three women pleaded not guilty to the charges. The women, all 20 years old, claimed they were attacked early on the morning of Jan. 30 while riding a bus. They claimed they were called racial slurs and were physically attacked while bystanders looked on.

Investigators say a review of multiple videos of the incident showed no evidence the women were victims of a crime or subjected to racial slurs. In fact, police said the women were the aggressors, assaulting a 19-year-old white woman. Police said surveillance and cellphone video, as well as eyewitness testimony, contradicted the women's account. The white men Agudio, Burwell and Briggs claimed assaulted them were actually trying to break up the fight.

According to the newspaper, the decision to expel the students came from a student disciplinary board, which is separate from the criminal justice system. The students didn’t appear for their March 9 hearing with the student conduct board, claiming a conflict of interest because the school served as judge in the board hearings and a witness in the criminal case. The Times-Union, citing a confidential letter recapping the hearing, reported that two witnesses to the incident spoke in the students’ absence.

University Police Inspector Paul Burlingame testified in the hearing that the women started the fight. He said there was no evidence to corroborate Burwell’s story that she was assaulted. He also said because the incident was reported as hate crime the alleged victims didn’t come forward about the assault in fear for their safety.